CAAMA: No news is good news? 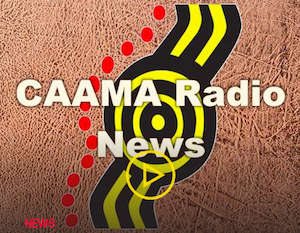 “I am sorry, that extension cannot be reached at this time.”

That’s what we got every time lately when we rang four CAAMA landline numbers in our directory, including the main one.

We were trying find out what “Australia’s largest Aboriginal media organisation” (according to its website) – founded in 1980, sustained by taxpayers’ money ever since, and recently ordered to show cause why it should not be put into administration – was up to.

We asked the only person we were able to reach, in the CAAMA newsroom,  to pass a message to Karl Hampton who is reported to have resigned from his position as CEO.

We had emailed Mr Hampton on February 5 for comment.

We left a text message on the mobile number of a board member yesterday.

Meanwhile it has been made clear the taxpayer may well continue supporting CAAMA even if it has to be put into administration. It has received $1.29m from the National Indigenous Australians Agency so far this financial year.

CAAMA is displaying a lack of transparency that surely it would roundly condemn as a news medium.