Brief moment of hope for locked in senior 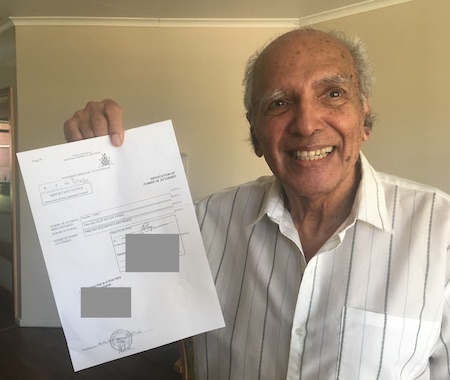 Alan Viegas enjoyed a few minutes of freedom this morning. Then the doors slammed shut behind him and he is again locked in, against his clearly expressed will, in the Flynn Lodge, part of the iconic Old Timers Home in Alice Springs.

He is again under the control of his daughter, with the aged care facility doing her bidding.

Mr Viegas, with the help of two women, highly experienced carers for aged people who’d been looking after him for many months, with the aid of a lawyer obtained the revocation of Power of Attorney held – so they thought – by the daughter of Mr Viegas.

This morning no-one stopped him from receiving as his guests, one of the carers and me as Alice Springs News editor, there to observe the events.

We photographed a smiling Mr Viegas brandishing the document, and walking out of the building that had been his prison, strolling with the carer across the courtyard to serve the document on the manager of the facility, Anoop Thomas.

That done the carer made it clear to Mr Thomas that no longer could Mr Viegas be confined to a small part of Flynn Lodge, no longer can he be stopped from leaving the complex altogether. No longer do his visitors have to be approved by his daughter. 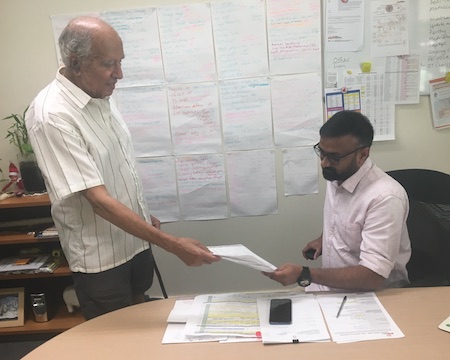 The carer and two other highly experienced age care workers who had contacted the News, all had been adamant that while Mr Viegas had mild dementia, there was no obstacle to living in his own house, with structured care readily available: Many old people in much poorer shape were doing it.

The euphoria was short lived. Mr Thomas rang the daughter (we are still not not using her name, but understand she lives in Brisbane).

She said on speaker phone, where she could be clearly heard by Mr Viegas, the carer, Mr Thomas and me, that what she is holding is an Enduring Power of Attorney, obtained in September last year: This is the “gold standard” she said and this could not be trumped by the document served by her father.

According to two carers and Mr Viegas, the daughter had already put his house on the market (although the For Sale sign was taken down yesterday), given away his car and other possessions, some linked to his 37 years as an air traffic controller, and interfered with his banking.

Mr Thomas then called the police, which he said was the procedure that had been put in place for managing visitors to Mr Viegas.

He had no option than to return to the confined space from which he has no means of escaping (he does not have the door codes).

On the way in he made it clear that he would be fighting to have the Enduring Power of Attorney cancelled.

Mr Thomas  appeared to be uncomfortable about being the meat in the sandwich.

Mr Thomas gave a detailed account of events earlier this morning: He and Mr Viegas had a conversation about him going to town, and Mr Thomas rang the daughter to seek permission for that. It appears she declined permission.

“I need to follow the instructions given to me. I am a third party. I have to obey legally,” said Mr Thomas, and the following conversation took place, in part.

CARER: So basically [the daughter] is saying she doesn’t want any of Alan’s carers or friends coming in to take him out and bringing him back but it’s OK for you or your staff to do that.

THOMAS: We need to obey according to the policy. 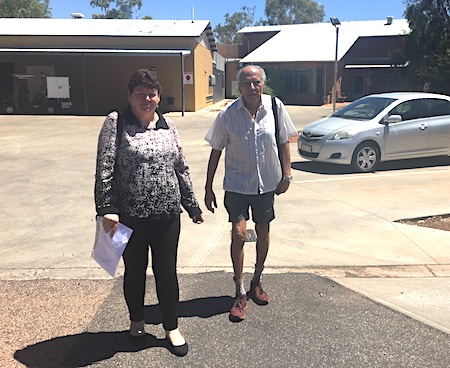 CARER: I am asking you a direct question …

MR THOMAS: I can’t answer that.

CARER: You just have, your staff can take him out but not his personal friends.

MR THOMAS: I have to ask permission from [the daughter], is it OK to do that.

CARER: She is isolating him from his friends.

MR THOMAS: I am [depending] on this document [referring to the Enduring Power of Attorney]. These are the documents I [have] to manage this place.

CARER: Anyone who takes him off the property will have the police called on them, is that correct?

MR THOMAS: [Those] are the instructions given to me by the ARRCS legal team … they don’t want you guys taking him out. That’s the instructions she has given me … I need to obey what my leader team tells me. I called the police and they will be here soon. I am just following the instructions I am given.

The police did not come.

Late this afternoon I received a text from one of the three carers, saying in part:-

“Just off the phone to Alan … told me he watched the staff fingers and knows the [door] code now … [he wants us to] keep fighting and get a pro-bono lawyer … Alan has no access to his money … daughter allows no-one to take him to the bank.”

The News offered the right of reply to the daughter of Mr Viegas and to the company running Old Timers ahead publication.