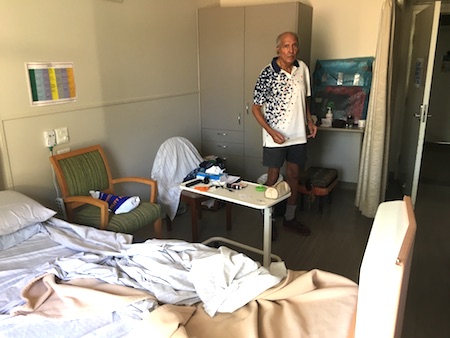 For 37 years Alan Viegas was an air traffic controller in Sydney: over most of his working life millions of airline passengers depended on his judgement in one of the world’s busiest airports.

Later in life his job brought him to Alice Springs where he retired with a house to his name, a car, a comfortable superannuation, friends to chat with, a favourite cafe, and a hobby reminiscent of his career: a room in his home with a radio transceiver which has a global range, and a morse code key.

Today, aged 82, Mr Viegas is virtually a prisoner in the Old Timers – the aged care facility that is an institution in Alice Springs, the favourite charity for many, attracting a huge volunteer turn-out and patronage for its annual fete.

Mr Viegas has no property he controls. He says his New Eastside home is being sold against his will. His car has been sold.

He lives in a small room for two people. The second bed, separated by a hospital-style curtain, is empty at the moment. Sparsely furnished, it is far from the homey cottages inhabited by retirees like Mr Viegas  at the other end of the complex.

His total possessions are in a pile on the floor of his room, with  two paintings left in their bubble wrap (pictured below).

He doesn’t have the code that unlocks the door to the outside. He is confined to a small section of Flynn Lodge, part of the complex  run by UnitingCare Queensland on the South Stuart Highway.

I visited Mr Viegas (at left) yesterday, upon his invitation, in the company of a long-time carer of his.

We told a staff member Mr Viegas had asked us to take him into town.

The staffer said she would need to seek permission from Mr Viegas’s daughter and left the room to call her.

When she came back she told us permission had been denied, and Mr Viegas had to stay.

This denial would seem to deprive Mr Viegas of a basic human right. The International Covenant on Civil and Political Rights puts it this way: “Everyone lawfully within the territory of a State shall, within that territory, have the right to liberty of movement and freedom to choose his residence.”

And his whole situation occurs in the wake of  the 2018 Australian Royal Commission into Aged Care Quality and Safety that exposed rampant instances of “elder abuse” in facilities across the country.

In response to our enquiries, a spokesman for UnitingCare Queensland’s Australian Regional and Remote Community Services (ARRCS) said his organisation “is committed to human rights and the dignity of the person as expressed in both Australian and international laws. We comply with human rights, and we do so in the context of the Aged Care Act 1997 (Cth) and good clinical practice”.

The Alice Springs News pieced together the story about Mr Viegas from two interviews with him, 23 and 27 minutes long, which he permitted to be audio recorded, and by speaking with two experienced aged care professionals, who spoke to us on the condition of not being named.

Each had daily contact with Mr Viegas for many months.

We will call them Carer One and Carer Two. They are committed to obtain justice for Mr Viegas – at their cost: One has been sacked by an aged care provider, and had to find another job.

We put a string of questions to Mr Viegas’s daughter who invited us to email them to her.  She then replied: “All of this is none of your business … if this was your dad, seeing him wither away, forgetting to eat, weighing in at 59kg, at 6ft 1, what would you do?” 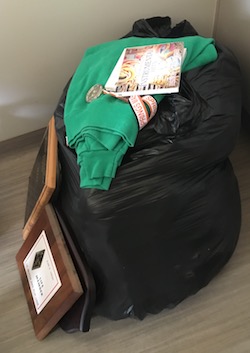 She texted that her  father has frontal lobe dementia and is “in denial about his memory … He is in a lovely place at Flynn Lodge with great staff, so please let them get on with taking care of him”.

(We have decided for the time being not to name Mr Viegas’s daughter.)

Carer Two says Mr Viegas’s eating problem was well under control: “He was always on the skinny side.

“In the cafe he was eating bacon and eggs on toast, then getting vanilla slice, and sometimes going for seconds.”

The carers would make sure he had a light lunch and an evening meal.

“That problem was solved,” she says. “It was not enough to put him into a home.”

The two carers say their task is now to have Mr Viegas medically re-examined and assist him in having the Power of Attorney held by his daughter revoked.

Mr Viegas adamantly stated during our interviews, several times, that he had no idea that he was signing a Power of Attorney, and he was “tricked”.

“You have to be able to trust your daughter,” he said.

“It seems I signed my life away.”

An NT Government website says: “Power of attorney lasts until you withdraw it, it expires, you become incapable of managing your own affairs or you die.” 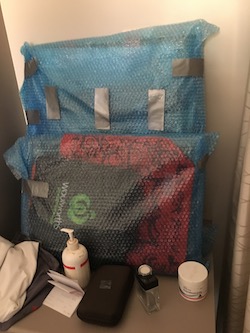 In obvious consternation Mr Viegas listened to Carer Two yesterday, telling him his home in New Eastside had been re-advertised for sale (he had torn down an earlier for sale sign); that his three mobile phones had been smashed, in an apparent attempt to cut his links to his cafe friends; that there was no sign of his computer, containing his life’s records; that some of his belongings had been strewn outside the house or in the open carport. (All of these allegations were put to his daughter, who would not comment on them.)

His credit cards had been cancelled, and the only way he can access his savings appears to be going to the bank in person – but he is not allowed to leave the Lodge.

The carers are trying to obtain legal representation for Mr Viegas to help get  the Power of Attorney revoked, but say the lodge management refused a lawyer entry to the Lodge.

This is part of the cruel Catch 22 into which he has been plunged, to his utter bewilderment.

He asked us about a locksmith because his house key won’t work. Carer Two, again, tells him the house is being sold.

He showed me a cutting implement he’d bought to yet again remove the For Sale sign.

Carer One told me Mr Viegas had been told by his daughter his stay at the lodge would be for a few days only, to see how he liked it.

She says she had also witnessed transitional care hospital staff making that statement to Mr Viegas (the News is seeking comment from the hospital).

Mr Viegas converses with ease and confidence. He may hesitate at times over a word but soon picks up the thread again. As I am a pilot, we have interests in common.

His nickname in the control tower was Shortcut because he managed to thread jetliners into take-off and landing sequences with minimum delays, but “safety was paramount,” he says.

He never lost a soul.

Both carers say they are working with people much older and less physically and mentally able than Mr Viegas, who still manage to live in their homes.

“He made daily trips to his favourite cafe, sometimes on his own by public bus.”

The full statement by UnitingCare Queensland’s spokesman, which addresses none of the substantive issues of this report, can be found here and so can be the questions put to the daughter of Mr Viegas.