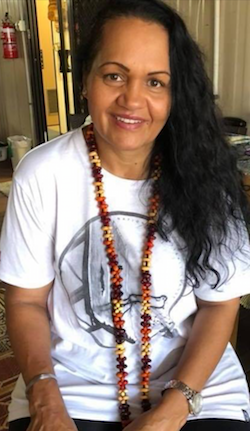 The expansion of Newmont Goldcorp’s operations 500km north-west of Alice Springs will provide additional tens of millions of dollars a year for Warlpiri people who have already amassed assets worth at least $142m, mostly from mining royalties.

But Jane Blunden (at right), a traditional owner, member of the Kurra royalty association and qualified health professional, says the money creates minimal benefit for the people on the ground.

She says the Yuendumu community will be exposed to trauma as the court case about the alleged murder by a police officer of a teenager in Yuendumu unfolds this year.

“It is going to be critical for that community to have professional counselling,” she says.

The partnerships of aid organisations will have to be “very strong to alleviate the distress that is going to come”.

There have been suicides in Balgo: “There is a high percentage of youth suicides. Some of the money should be targeting youth programs, not just Mount Theo [near Yuendumu], which is an alcohol and other drugs facility.

“We need to teach communities to develop their own capacities.”

Ms Blunden says the only benefit from royalty money “that I can see is the dialysis program, but not all of us are going to have kidney diseases or chronic conditions.

“Why not put in place preventative programs?”

She asks why Newmont is not providing meaningful apprenticeship and skill development for young people “to stay in those positions” at the mine.

As for the millions being invested in companies and real estate, she says the process is not transparent and it is unclear what the ultimate benefit will be.

“Those were questions that were asked in the October AGM of Kurra,” Ms Blunden says.

“What is our money doing? There isn’t enough given back to us at AGMs.”

She says the issues will be raised again at the next meeting in April.

The amassed assets figure is shown under “accumulated funds” in the financial statements for the 2017/18 financial year of the Kurra association ($62.6m) and the Granites Mine Affected Areas Aboriginal Corporation (GMAAAC, $79.3m). 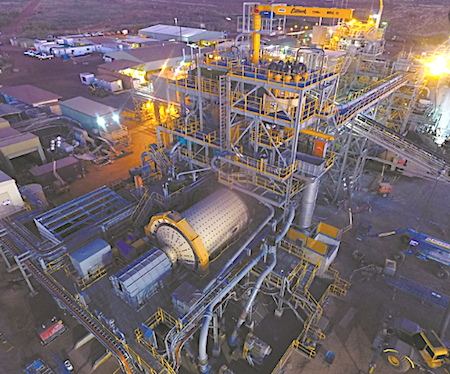 It does not include significant amounts paid as “traditional owner distributions” since Newmont added the Tanami to its global operations in 1986, having now produced more than 10 million ounces of gold there.

These statutory payments under the Land Rights Act from mining companies operating on Aboriginal land are not available to non-Aboriginal land holders.

Newmont says it will add a 1460 metre shaft which will have the potential of extending the mine life to 2040, and increasing the annual production of ore from 2.6 to 3.5 million tonnes.

Applying an increase of 35% to the royalty payments in the published 2018 financial statements, Kurra would reap an annual royalty income of $17.5m and GMAAAC of $18.8m when the increased production begins in 2023.

The balance of the money is difficult to trace. It is understood that Centrecorp and GMAAAC Holdings are investment vehicles for GMAAAC, and Wirntiki for Kurra. All three are Pty Ltd companies with minimal public disclosure responsibilities.

“What is Wirntiki actually doing? What social inclusion programs are there that are helping my people?” asks Ms Blunden.

Centrecorp Pty Ltd is owned by the Central Land Council (CLC, three shares). Congress and Tangentyere, recipients of public funds amounting to tens of millions of dollars a year, have two shares each.

In 2018 Congress received $41m from “grants and contributions” plus $7.1m from “Medicare and practice incentive payment income”.

The News has asked for an interview with CLC CEO Joe Martin-Jard but was told by the organisation’s media section that he “has declined”. This impertinent behaviour is clearly sanctioned and encouraged by the Federal Government which has entirely exempted Aboriginal land councils and land trusts from the operation of the Freedom of Information Act.

According to frequent discussions between the Alice Springs News and traditional owners, they, too, are kept in the dark about the dealing with money paid to the royalty associations by Newmont.

A former CLC chairman, Maurie Ryan, made it a priority to get clarity about these issues, with little success.

Centrecorp and Wirntiki are managed out of a modest office in Hartley Street (shown in this 2013 photo). Centrecorp has a substantial portfolio of business and real estate assets.

These developments are likely to re-kindle debate about the value and effectiveness of reverse-discrimination strategies: Are the proceeds applied to offset disadvantage?

Questions are likely to be asked why these funds are not used to offset the billions provided by the taxpayer for Aboriginal welfare.