“The Federal Government stands ready to deploy whatever further assistance State and Territory authorities request to manage this disaster,” they said in a statement.

It comes as the nation is reeling from a catastrophic fire season and while the NT Government is sitting on its hands despite half the iconic West MacDonnell Ranges being ablaze for 17 days a year ago, and the current fire season being upon us.

Mr Morrison and Mr Littleproud said: “All three services of the ADF continue to provide significant behind the scenes support to firefighting efforts across the nation, including aerial fire reconnaissance; helicopter search and rescue; logistical support such as ground transport; providing meals for exhausted firefighters; as well as basing, re-fuelling, water re-supply, loading fire retardant and air traffic management for firefighting aircraft.

“Navy helicopters have helped with evacuating residents from their homes, Army crews have provided assistance with clearing fire breaks, while our Air Force bases are supporting the state Large Aerial Tanker fleet.”

It is clear that the NT Government has done nothing of substance in the past 12 months: There are still no arrangements for large water bombers to operate from Alice Springs despite most necessary assets being in place: A long runway, aircraft refuelling facilities, adequate water pressure and quantity and fire fighting personnel.

And the Parks Service still has not completed a report on the January 2019 fire and when it does, it will keep it under wraps.

Apart from looking after built assets such as ranger accommodation, nothing meaningful is being done to fight buffel grass which threatens to turn the jewel of the Alice region’s tourism crown into a grassland monoculture, devoid of the majestic woodlands attracting visitors from the world over.

The responsibility to prevent wildfires rests with the Aboriginal owners of the park and its lessees, the NT Government.

Meanwhile the Federal Government is holding its second enquiry in two years into bushfire precautions, according to the Sydney Morning Herald.

The paper reports experts as saying that the inquiry should also focus on whether the Federal role in the response to natural disasters should be increased and coordinate the use of firefighting aircraft between the states. 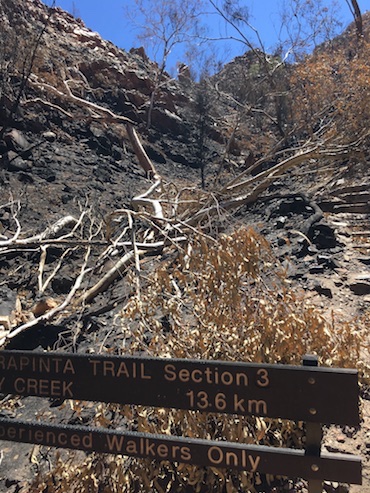 The Herald’s report yesterday deals with the need to co-ordinate warnings; the role of climate change; fire fighting strategies between the current “seven different versions of emergency management” and  adopting a common language; streamlining the use of water bombers shared by the states (not including the NT) and reduction of the fuel load.