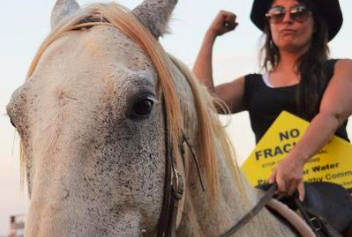 But the Gunner Government’s new gas offsets policy makes clear politicians have no plan to deal with a massive projected increase in pollution from its pet gas fracking projects.

It is attempting to avoid scrutiny by releasing this contentious policy on a Friday so close to the Christmas holidays.

The draft policy lacks critical detail. There is a real risk that this will once again lead to mining and gas fracking companies getting what they want, at the expense of the needs of communities and the climate.

There is no legally binding information, and no clarity on the scale of pollution that will need to be offset in this draft document. It’s open for comment, but lacks any detail to comment on.

This flimsy policy has no teeth to avoid gas fracking companies getting away with creating a huge new pollution problem for the Territory.

The Territory Government is squirming to appease its mining and gas industry lobbyist mates, while offering piecemeal policies to the public under the guise of consultation.

As the climate crisis intensifies and the country is reeling from extreme weather impacts, this level of obfuscation from the NT Government is absolutely unacceptable.