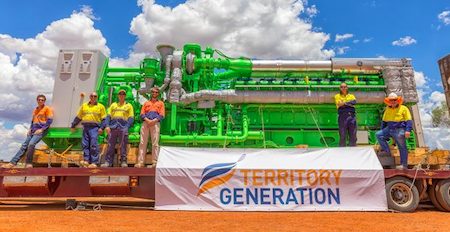 Sir – The investigation has exposed deep systemic problems in the NT’s energy agencies. The Gunner government should take responsibility for their failure to manage urgent, system grid upgrades.

These blackouts were avoidable. As noted in the independent report by ENTURA, cloud cover is a normal event and any well-designed energy system using existing technology has the capacity to handle changing weather.

Also noted in the Utilities Commission report: “The Commission notes, and agrees with Entura, that the sudden unforeseen (by those managing the system) reduction in solar generation due to cloud which precipitated the system black is not considered a root cause of the system black, as a power system should be designed as far as practical to be sufficiently robust to withstand this.”

Solar energy is not to blame here.

Rather, there is a deeply rooted systemic and cultural problem in NT’s energy agencies to address the vital upgrade to changing technology and execute the necessary steps for a smooth transition.

Reporting functions have been woefully inadequate and multiple warnings from reports from the Utilities Commission disregarded for over a decade, over multiple governments.

The firing of the TGen and PWC CEOs does not address the abject failure of the Gunner government and relevant ministers to manage those agencies and their coordination. And with no one at the steering the wheel, a general malaise has settled into these agencies.

Although complex, the steps required for an upgrade were identified and laid out long ago in the government’s own 2017 report, Roadmap to Renewables.

The government should have begun implementing the report’s 11 recommendations two years ago.

Back then the level of renewable energy generation in the NT grid was lower than it is today and it was the right time to start implementing these necessary grid upgrades. It was the failure to do this work that has caused these blackouts.

One of the key recommendations of that report was number 8: “The Northern Territory Government should immediately improve knowledge of the existing capability and capacity of the entire power system, including its ability to accommodate new renewable energy generation.”

This included immediately investing in and supporting the further development of the “validated dynamic network model”.

That model enables System Control to test and evaluate the impact of a new generation at any connection node within the existing network. It also facilitates the process of connection and approval for renewable energy projects.

Geoff Goodrich, Smart Energy NT director, also highlights the government’s failure to implement its own report recommendations: “Had an Independent Implementation Agency been established, as noted in the report’s first set of recommendations, all of these problems could have been avoided.

“This independent agency would have coordinated the actions required to achieve the Territory’s 50 per cent renewable energy target, working in partnership with agencies and government owned corporations.

“It is also clear from this report that the NT Utilities Commission Draft Position – PWC Generator Performance Standards needs a much longer review period in order to have the Northern Territory meet the government’s 50% renewables by 2030.”