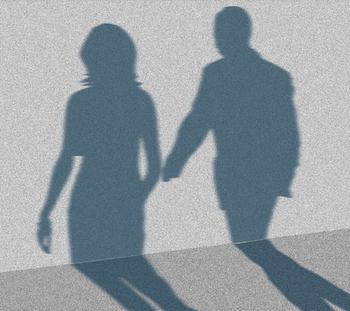 The Australian Christian Lobby has expressed “dismay” that laws decriminalising prostitution passed the NT parliament, according to a media release from NT director Wendy Francis.

Opposition Leader Gary Higgins says the Sex Industry Bill does not achieve the balance of public welfare with the rights and freedoms of individuals.

Ms Francis says in a media release that women “should never be bought and sold.

“Decriminalisation of the sex trade is a win for pimps and a win for brothel owners. The women in prostitution lose.”

Many women have experienced the trauma of the sex trade first-hand, says Ms Francis: “Prostitution is a sexist and racist industry, exploiting Aboriginal women, women in poverty, the homeless and those addicted to alcohol and drugs.

Women trafficked across Australia and from Asia will have no protection,” says the release.

“It is rare to find a path into prostitution that did not involve an abuse of power or vulnerability.

“The reform model that works is allowing women the freedom to exit the industry, the model adopted by a growing number of nations strongly committed to gender equality,” says Ms Francis.

“The Nordic model – also known as the Human Rights model – was implemented in Sweden in 1999, then Norway, Iceland, Canada, Northern Ireland, France, Ireland and Israel.

“Why did the NT government ignore their most progressive prostitution reforms?

“The imminent proliferation of prostitution will be raised during the August 2020 Territory election campaign.

“Voters should voice their opposition to this dangerous social experiment at the ballot box.”

Meanwhile Mr Higgins says the Sex Industry Bill does not achieve the balance of public welfare with the rights and freedoms of individuals.

“Whatever an individual’s attitude towards sex work in general, most reasonable people would not approve of sex work being performed in the house next door or on the same street as a church, primary school or day care centre,” Mr Higgins says in a media release.

“The Government has indicated that these matters will be dealt with under the Planning Act (1999) however, this is simply not good enough.

“We understand existing illegal operations will be grandfathered upon passage of the Bill, regardless of where they are located, and under the proposed changes to the planning scheme published in the NT News, new sex workers would be allowed to set up anywhere so long as they are not “next to or adjoining” a kindergarten, school, child care or church.

“It appears that the Government is completely comfortable forcing young children to walk past a brothel, so long as it is not next door or adjoining,” says Mr Higgins.

“There are also welfare and safety concerns.

“To treat sex work as the same as any other business denies reality. Sex work is different to hairdressing or pet grooming – it can be a risky enterprise for both workers and customers and the health risks are apparent.

“This Bill makes no provision, aside from advertising restrictions, for the use of safe sex practices.

“It is most disappointing, the regulations to accompany this Bill have not been tabled in the Legislative Assembly or even provided in draft form.

“Given the amount of potentially delegated authority in the Bill, the form of the regulations could have a significant impact on the operation of the sex work industry in the Territory.”

This report had been re-edited at 10am on November 29 and includes fresh material.