Councillors: do we need Federal intervention on 'crime wave'? 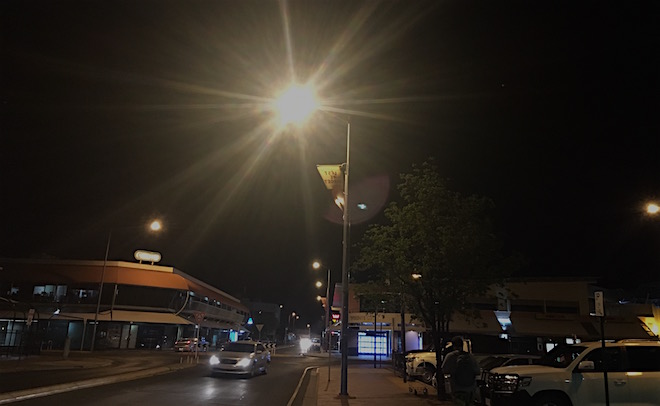 Above: Alice CBD after dark, businesses pull down their roller doors and people stay away.

Councillor Eli Melky revealed a certain ignorance of Australian history last night, suggesting that appeals be made to the Governor-General, as well as the Prime Minister and the NT Administrator to help Alice Springs deal with its “crime wave”.

Since 1975, the year of Prime Minister Gough Whitlam’s dismissal, the intervention of the G-G in our politics and decision-making has been a sore point for many Australians.

Cr Melky was also showing something of a tin ear for the very contemporary political rage in Central Australia, which links the injustice of Kumunjayi Walker’s shooting just over a fortnight ago to wider anger with instruments of oppression, including the so-called Intervention with a capital ‘I’ – the Federal government’s Northern Territory Emergency Response of 2007 and its legacy.

Another history, however, revealed something of why Cr Melky (pictured) tenaciously pursues council action in response to what he sees as a “crime wave”. 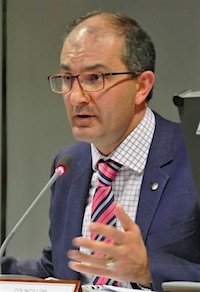 That history has its roots in his native country of Lebanon, where – as he said last night before breaking down, unable to continue – he lived under guns and bombs and where his family had their home destroyed.

He spoke also of being ready to leave Alice Springs for his family’s safety’s sake, but he also said: “This is my home, I don’t have anywhere else to go.”

The debate that followed Cr Melky’s suggestion lasted almost an hour. Councillors have had this discussion before, they know it, they said so. The most recent occasion, prompted by Cr Jacinta Price, resulted in the invitation to Commander Bradley Currie to speak to council, which he did just last month.

Cdr Currie’s core message on reducing crime and anti-social behaviour was that the multi-agency approach is working but needs to be given time.

There seems no point in reporting in detail, once more, the trajectory of the debate, so I’ll be brief.

Councillors remain more or less stuck on the idea of summits, even if Cr Jimmy Cocking, whose suggestion it was, emphasised the importance of council first doing its homework and not just convening a general venting of frustration and anger in the Andy McNeill Room. (Facebook is doing “a pretty good job with that anyway,” Cr Cocking said.)

Another point of discussion was around having a safe place for kids to sleep at night, a perennial concept that, apart from the provision of crisis accommodation, has been challenged by some of those working with youth, as undermining family responsibility.

The importance of working with Aboriginal people was again stressed – because it was the behaviour by “lawless” Aboriginal youth that was being discussed. The instances of many failures to have Aboriginal leaders at the table were traversed once more but everyone is on board for continuing to try.

Those people must include not only Central Arrernte traditional owners, said Cr Melky, but leaders from remote communities throughout the region.

Families’ roles in their children’s lives was spoken to by Cr Glen Auricht, who lived for many years at Ntaria and is a fluent Western Aranda speaker. He described the free reign that Aboriginal children enjoy out bush, with discipline basically restricted to behaviour around ceremonies and sacred sites. This doesn’t work well when families move to town, he said,  and young people are exposed to “a huge amount of risk”.

Cr Jamie de Brenni lashed out at Cr Cocking’s evocation of a Federal intervention as “seeing potentially armed forces on our street corners”.

It was “classic hysteria by hearsay!” said Cr de Brenni, and it was “wrong” to make those “accusations” towards other Elected Members.

“We are just verifying what is reported,” he said, referring to the incidents on Alice Springs streets, which he had no doubt the people Cr Melky wanted to appeal to were reading about every day.

Cr Cocking did not respond directly but strongly reiterated his support for a community-driven approach, and only on the basis of a well-developed local proposal going to the federal government for funding assistance.

Cr de Brenni was also the one to seek further input from CEO Robert Jennings, after Mr Jennings advised hastening a little more slowly on this “very big issue,” which needs “articulation and consideration”.

He had been part of many community-driven summits and seen many fail because they had been set up incorrectly, said Mr Jennings.

He believed consultation was the key, the way to start the process rather than with proposing solutions. He had taken “copious notes”, he would explore the options and then bring them back to councillors for decision.

A motion essentially to that effect was carried.