Unfortunately, the article does not challenge Mr van der Merwe on key questions about hazardous waste Tellus intends to store at the site. I am reminded of the bread and circuses intended to distract Roman citizens from the inequities and dangers of their time.

Photographs of European salt mine tourism sites, however glittering and seductive, are a distraction from the intent and consequences of Tellus Holdings’ Chandler project.

It is disingenuous at best to float vague ideas about high-end industrial tourism while being reticent on the most crucial aspects of the project. The company’s stated purpose in developing the Chandler mine is to pursue a dual revenue model of mining salt (and clay), and more importantly, to turn a profit from storing waste.

Questions that must be answered before we can properly assess the risks involved include: Exactly what waste does Tellus plan to secrete in the mine? 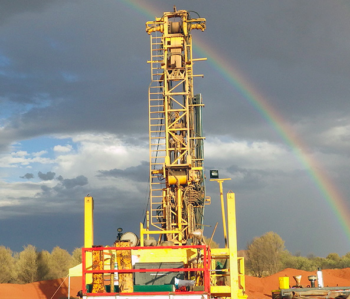 What will be the sources of that waste? Will it come from across the NT? Across the whole country? How can the company guarantee its safe storage and containment in perpetuity?

Who will be responsible for cleaning up if or when storage containers fail? (Seriously – clingwrap and Kevlar tape?)

When Tellus lodged a variation to the Chandler project with the NT Environmental Protection Authority, it triggered a requirement for the company to compare social and economic risks, impacts and benefits of the proposed variation to those of the existing environmental impact statement (EIS).

The Alice Springs session was not well advertised, and took place over a four-hour period on one day. It was far from transparent. Company representatives could not tell members of the public what waste would be transported, where it would come from, and crucially, whether it would include fracking waste.

We were advised to put our questions to the company by email. I left the consultation session feeling heart-sick about the seeming inevitability of Tellus’s progression of this project.

I cannot believe that the company can gain a genuine social license or consent to dump toxic waste in country, out of sight and out of mind.

Yet the project would provide a key piece of enabling infrastructure  the final piece of the regulatory jigsaw which would support production fracking.

Beyond the questions around type, volume, source and security of the proposed waste, the project raises bigger questions about extractive industries and their consequences.

Mr van der Merwe’s comment that Australians are losing the connection with mining which generates immense wealth is thought-provoking. I wish it were true.

It’s not clear which Australians he is referring to, but for the vast majority of the population mining has not been a source of immense wealth, and in fact has been heavily subsidised by taxpayers. You and me.

I wish Australians were more rapidly losing the connection with mining – less mesmerised by promises of wealth in the ground, just waiting to be dug up and then to trickle down from the mining magnates to the rest of us.

Mining of fossil fuels has utterly lost its charm and ethical standing, and is beginning to lose its social license and financial backing, through the divestment movement.

We cannot afford to allow companies to make decisions based on powerful, short-time financial incentives, that result in hastening climate catastrophe and poisoning land and water.

We can’t afford to be distracted by quick corporate profits, ephemeral jobs that don’t contribute to the long-term well-being of the whole community, and other circus entertainments.

It is time to focus on reducing our production of waste so that central Australia is not once again asked to suffer the impacts of dumping waste, waste which local communities had no part in producing.

We urgently need to move on from out-dated carbon-based industries and focus on creating livelihoods that support and regenerate land and culture.