Have a look at what's being demolished

Above: The 1950s balustrading and stairs are a great feature of the site. 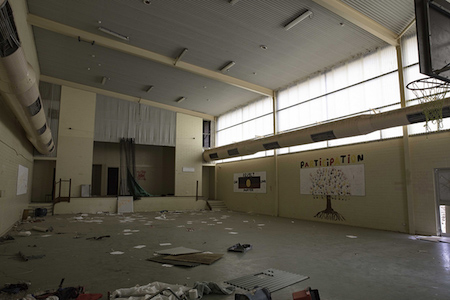 Unless we can overcome the inertia, timidity and politeness that pervades our community we are rewarding and encouraging mediocrity in government.

Put simply, it’s imperative to call out bad behaviour, it’s critical to honestly evaluate and review disasters, whether it’s a destructive bush fire on a national park or the loss of an important heritage building. Unless we face up to and own our failures we are doomed to make the same mistakes over and over again.

It’s exceedingly weak to say, it’s too late because the contract to demolish has been awarded and the machines are on site.

In light of recent and ongoing reviews by ICAC and NTCAT the NT Government is obliged to call an immediate halt to the demolition of a major public asset at Anzac High.

I’ll even draft the email for our Minister: “Dear McMahons, good corporate citizen that wants to be on the right side of history, let’s talk. 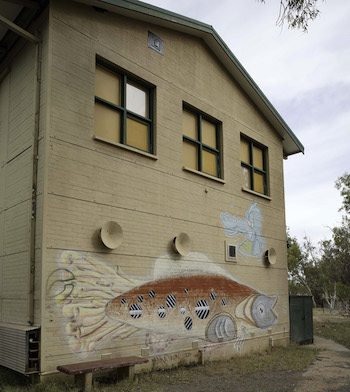 “We’re calling off the Anzac High demolition and want to negotiate a new contract for refurbishment to the value of the existing $1.8m contract + reasonable costs for losses incurred at this early stage.

“So you won’t lose any money or endure corporate embarrassment. Quite the reverse. It’s not in anyone’s reputational interest to indulge in a lengthy court case so please meet with our contracts people asap.”

For whatever reasons, errors of judgement, political expediency or poor advice the NT Government has failed our town by preventing the public exhibition of a detailed and highly worthy nomination of the Anzac High precinct.

The decision to demolish is an outrage. I realise that a great many people are not aware of the scale of this loss and most locals have not had the opportunity to look over the site. Alex Nelson has certainly highlighted the heritage values of the site and has been vindicated by ICAC who obtained independent and confirming heritage advice.

Clearly much is boarded up so this is just a glimpse and I trust people can see past the rubbish to appreciate the quality of the public buildings under threat.

I was reminded of the huge scale, diversity of spaces and quality of the complex; of light filled halls, performance stage and beautiful stairs, tall columns and wrought iron balustrading.

I thought of the existing youth centre and Totem Theatre bursting at the seams. 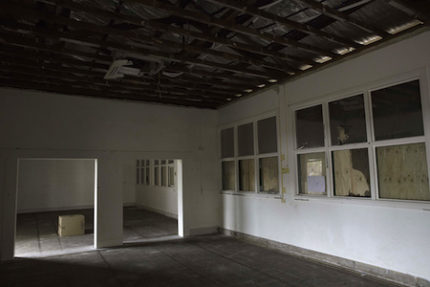 I thought of all those small NGOs that spend an inordinate amount of time writing grant applications so they can get enough money to pay the rent.

In its day, Anzac High was a remarkable achievement, representing years of construction mostly with Federal government funding.

Even by today’s standards, opening a place of this magnitude would be a major ribbon cutting ceremony.

Demolition is the height of ignorance and stupidity, a shocking, staggering waste of money and resources. 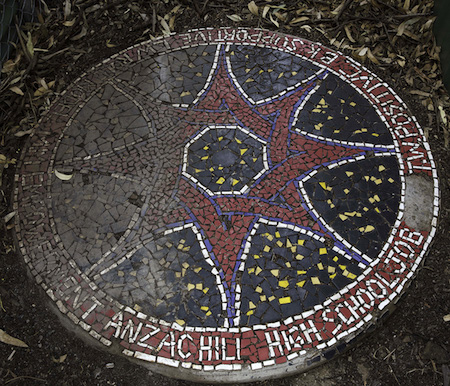 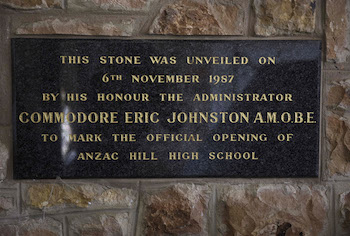 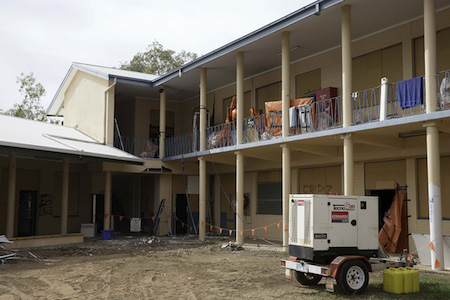 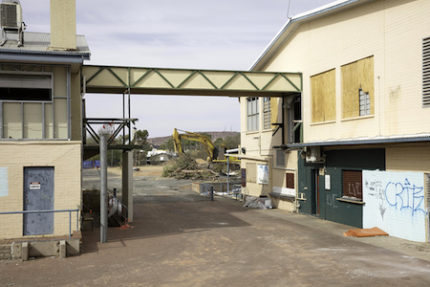 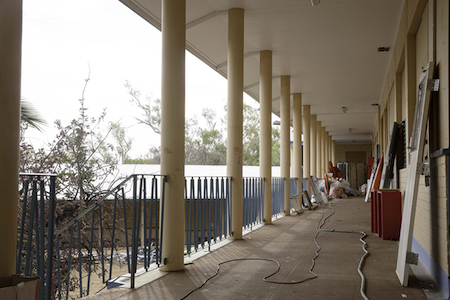