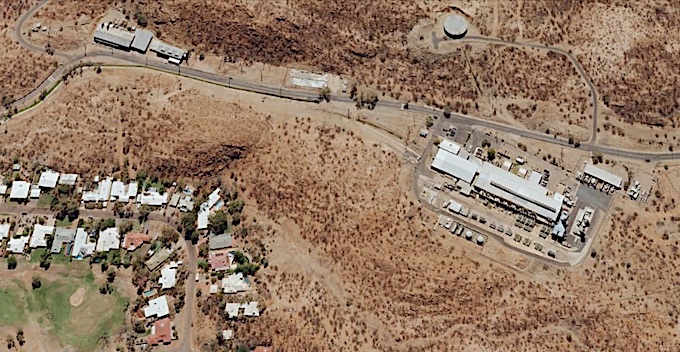 Sir – The Electrical Trades Union has doubled down on its call for heads to roll at TGen over their diabolical failure to ensure the reliability of Alice Springs’ power supply.

The renewed calls come after the ALP NT Conference held over the weekend unanimously supported a motion calling on the Minister for Essential Services and Shareholding Ministers to ensure the health, safety and welfare of residents of Alice Springs and outlying communities by providing system security to the Alice Springs generation supply and electrical network.

To ensure this can be achieved the Ron Goodin Power Station (pictured at top), which was first to reconnect power to the hospital and CBD on 13 October, needs to be sufficiently resourced from an operational and maintenance perspective to enable fast start capability during the upcoming summer peak period from November 2019 to March 2020.

The people of Alice Springs are waiting for answers and more importantly assurances from TGen about the reliability of their power supply and so far apart from a few general comments TGen appear to be hoping this is just a blip.

Well we have news, it’s not. We will not sit back and let TGen try and sweep their failures under the carpet, irrespective of what happens from here on in, TGen’s CEO Tim Duignan and Grant Chorvat General Manager Assets and Operations must go.

The Union also took aim at the Territory government for its failure to act swiftly on the security of supply issue.

If they do nothing and the next blackout comes around and the temperatures get even higher and the length of time is extended it could be more than food spoils and inconvenience.

There could be deaths from heatstroke or disease. The risk is too great. Resource and maintain Ron Goodin Power Station now or face the consequences.