The entitlement of not answering questions 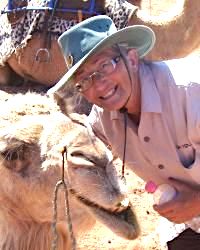 “Can Aborigines go to hospital? Yes, good, but I live very close to a health clinic but was refused services because of my ethnicity.”

Evelyne Roullet said this in a comment on Tuesday.

It has revived a debate that started a year ago, again with some reprimanding of her.

But the Aboriginal organisation, which has a $50m budget, mostly from the public purse, has still not responded to the question raised.

Ms Roullet was referring to the opening in Hearne Place of a further clinic run by the Central Australian Aboriginal Congress.

The 76-year-old pensioner, who lives nearby, says she wanted to register as a patient but was told by Congress CEO Donna Ah Chee, in person: “You know very well it is for Aborigines only.”

Ms Roullet has lived in Alice Springs since 1974.

Before that she lived in the West African country Gabon where she experienced and learned to hate apartheid, and campaigned against it.

Ms Roullet has a long experience as a tour operator in Alice Springs, in her own business as well as for major companies such as AAT King.

She is also a keen commentator on social issues in the town. 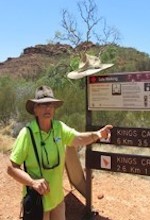 The operating income was $41m from grants and contributions and $7.1m from Medicare and practice incentive payments.

Employee benefits were the major operating expense, amounting to $36.3m. There were 394 employees in that year.

We are contacting Congress to offer right of reply, but recent approaches have been ignored.

On April 24 last year we emailed a request for an interview with Ms Ah Chee about several issues. She did not grant it.

On October 24 last year, at the time Ms Roullet first raised this issue, we emailed the following question to the Congress directorate: “Are your clinics for Aboriginal people only?”

We received no reply.