Home Issue 17 What would John Clarke have said?
Issue 17Volume 25

What would John Clarke have said? 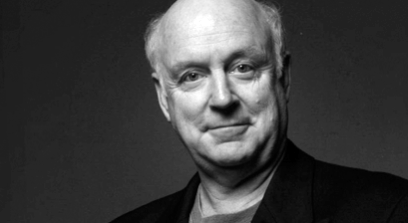 It was a seminal moment in Australian political and media history: Prime Minister John Howard was being grilled by the ABC about the Intervention in the Northern Territory.

Mr Howard resolutely denied that this was military coup or an invasion: “It’s not even really a military operation,” he said.

ABC: But the army is involved.

HOWARD: It is really a military operation. You are right there. But it’s more in the nature of policing, it’s a rescue mission, if you like.

ABC: Can you explain how it is going to work?

HOWARD: The condition of some of these Aboriginal communities and the people living in these is appalling. It’s unhygienic. People should not be living like this. It’s an international disgrace.

ABC: And how long has this been going on?

HOWARD: Under my administration?

ABC: Why has nothing been done beforehand?

HOWARD: Well, we had the Ashes last season, we’ve got the global heating of the icebergs …

ABC: This is a photo of you winning the last election.

At this point the interview loses focus.

Well, in fact it was one of the immortal spoofs by Bryan Dawe and John Clarke whose sudden passing in 2017 has left an enormous vacuum in Australian political satire.

Each time I see a set-piece Canberra press conference or an abrupt Parliamentary doorstop interview I ask myself: “What would John Clarke have said?”

Essentially, Clarke made politics fun, and that seems to be harder to find today.

Politics has become nasty and divisive. The revolving door of Prime Ministers has undermined the authority of the office of the Prime Minister.

Among the bitterness and ego Clarke found a way to engage us, make us laugh, and focus on important issues through that prism. He was able to do it at least once a week and over a very long period.

If Clarke bothered to play you in a mock interview it meant that you mattered in politics. It was a badge of honour.

When I went looking for a comprehensive biography of John Clarke, I could not find one, and so I started my own research.

Clarke was born in Palmerston North in the north island of New Zealand, was married to Helen, with whom he had two children, Lorin and Lucia.

He was also survived by grandchildren Claudia and Charles and son-in-law Stewart Thorn.

Their public statement at the time of his death said: “John died doing one of the things he loved the most in the world, taking photos of birds in beautiful bushland with his wife and friends. He is forever in our hearts.”

In the 1970s in New Zealand he created the iconic character, Fred Dagg, a country bloke dressed in a black singlet, shorts and gumboots.

Clarke had left school a bit early and worked in a shearing gang for quite a while.

In a July 2016 ABC radio interview with Jonathan Green, Clarke reflected: “It was glorious, it was just fantastic, I loved it, the smell of lanolin. I can’t walk into a wool shed without wanting to peel a couple of old ewes off and poke them down the chute.”

At university Clarke was exposed to a range of very smart people around his own age who were talented and interested in a huge range of topics.

“I think my parents’ generation were definitely aware that my generation had an opportunity that they had not had.

“At that age, my parents were living in a depression, which followed a war and preceded another one that they were going to have to go and risk their lives in.

“I didn’t think of [university] as being a great opportunity to become a dentist or any of the things that were on the order board, I didn’t think of it in vocational terms, I just thought of it as an exhilarating and genuinely opening experience.

“They didn’t really want to know what I thought about any of the things we were reading, they wanted to know how successfully I could remember whatever [literary critic] F. R. Leavis thought.”

Australia had seven Prime Ministers during the 27 years of Clarke and Dawe from 1989 to 2017.

Each of them was in the firing line at some point.

Prime Minister at the time of Clarke’s death, Malcolm Turnbull, said Clarke was “more than a satirist”, who was to be celebrated for his “canny knack of saying just enough to hit the target, and no more.

“His satire served a noble purpose. It spoke truth to power. It made our democracy richer and stronger. It kept politicians on their toes.”

Paul Keating described John Clarke as a “10 out of 10” satirist with a skill for revealing what politicians were really thinking.

“One had to take it in a good-natured way.

“John Clarke had enormous intellectual energy and an acute power of observation.

“No fact, argument, mannerism, habit escaped him. It all went into the mix. He was making a story, in a sense, all the time.”

The bitter rivalry between Keating and Bob Hawke in 1991 was captured in a famous skit, with Clarke playing both men.

“I do remember that one because it was so poignant at the time,” Keating said. “He had it pretty right.

“He was so convincing — you weren’t sure if it was him meaning to say what he was saying or whether he was saying it on behalf of the fictitious character.”

Keating says the duo could not have succeeded without Bryan Dawe, for 27 years holding a straight face, asking the cutting questions, and setting up Clarke to deliver his vague and funny responses.

In a 2017 interview Dawe revealed a secret to their act: ”People have always asked me: How did you sit across from him and not laugh?

“The trick with John was he had these sparkling eyes. He was a mischief maker and his eyes went looking for mischief. You could see it and it would set you off.”

Dawe had won a job as head of the ABC radio comedy unit in Melbourne: “Hilarious itself, because I was the unit, there was no one else,” said Dawe with a grin.

“I didn’t know him, but I knew his work. Fred Dagg and The Gillies Report and farnarkling and all those things.

“Clarke had been writing political interview satirical sketches for The Age for some time. It turned out the style merely needed a microphone and two voices.

“Three weeks later, we were doing the interviews for radio.”

It was 1988. Clarke always wrote the scripts, and continued to do so for the next 29 years. Sometimes Dawe would tinker.

“Our very first interview was five-and-a-half minutes, and I interviewed him as Prince Charles, who was bringing out to Australia a replica of the first barge that had gone out to Captain Cook’s Endeavour. It was so crazy. Totally absurd.

“What was obvious straight away was what our roles would be. We didn’t discuss it.”

“Talk about absurd! I’m asking Streep to explain the subtle differences in the accents of Australians and Americans. John goes into great detail.

“A male doing Meryl Streep talking about the technical differences between US and Australian accents. It was around the time Streep had appeared as Lindy Chamberlain in the film Evil Angels about the baby Azaria and the dingo at Uluru.”

Perhaps the quality of political satire has died with Clarke, or at least dropped a few pegs, but the art does live on and in many cases through people he has directly influenced and supported and others who would probably claim him as an important influence in their work.

Clarke was an inspiration to a new generation of political satirists and comedians. It is an impressive list: The Chaser, Shaun Micallef, Magda Szubanski, Lano and Woodley, Charlie Pickering, Mark Humphries and Gina Riley. The list could go on.

“Back in mid 80s there was a very big scene in the comedy clubs in Melbourne … but none of this vibrancy had really made it to television,” Harmer said.

“So John went to the then-Australian Film Commission and gathered some seeding money … and started getting a whole lot of comedians together to see what they could come up with.”

Harmer said that was the beginning of TV sketch comedy The Eleventh Hour, which led to Fast Forward and the Comedy Company, shows which featured the likes of Eric Bana, Gina Riley and Magda Szubanski.

Gina Riley, of Kath and Kim fame starred with Clarke in the series The Games. She said you knew when he walked on the set “the party was about to begin.

“Knowing and working with John was a masterclass in not only how to be funny but how to be a great human being.”

The final segment, which aired on the ABC on the Thursday before he died, took on Scott Morrison’s preparations for the budget.

As the Treasurer “ScoMo” Clarke was interrupted mid-interview by a call from Prime Minister Malcolm Turnbull, who was micromanaging the budget preparation. There was a portent to this exaggeration of the tension between the sitting Prime Minister and the next.

That weekend he went for a hike, which ended at Mount Abrupt.

Bryan Dawe suggested that Clarke would have loved the huge irony associated with the place of his exit.

Mark J Smith is the author of REVO Australian Revolution, which explores an alternative future for Australian politics.

He is the grandson of Father Percy Smith (1903-82) who was the first resident Anglican priest based in Alice Springs from 1933 and with his wife Isabel founded St Francis’ House, a home for Aboriginal children. In 2019 he wrote part of a series of articles examining a generation of Indigenous leaders from Central Australia across the fields of sport, politics, government and the arts.