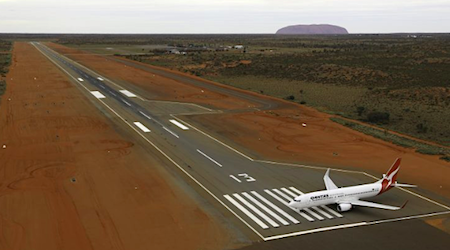 None of the four main lobbies in Alice Springs – Town Council, Chamber of Commerce, Tourism Central Australia and ALEC – appear to have had any role in loans made available by the $5bn Northern Australia Infrastructure Fund (NAIF).

It was set up to provide money for projects “that create jobs and stimulate economic development across the north” at interest rates and repayment terms that are more favourable to borrowers than on the conventional market.

Labor Senator for Queensland Murray Watt, the Shadow Minister for Northern Australia, yesterday claimed NAIF was a “flop”, having released less than $40m in the four years since it was launched.

“At this rate, it will take the Morrison Government 500 years to distribute all of the NAIF’s $5 billion in funding,” Mr Watt claimed, and accused Minister for Northern Australia, Matt Canavan, of “hiding the figure that matters – how much they have actually spent”.

But NAIF Communications Director Matt Pitman says loans of more than $1.4bn have been approved.

However, only one is in the vicinity of Alice Springs – the Ammaroo Phosphate Project, $160m.

Part of a loan to Northern Territory Airports may be spent in Alice Springs: “Total $150m, up to $127m over 20 years including enabling growth in tourist numbers as well as to be able to export more NT fresh agriculture and aquaculture. Up to 1000 jobs in construction and supporting 500 indirect jobs through supply chain with 142 new ongoing positions”.

Three of the 14 loans are “Commercial in Confidence” and by far the biggest one, $610m, will go to Genex Power headquartered in NSW for these projects: “Pumped storage hydro renewable energy generation. $814m to broader economy and community inc. $235m direct value added to Far North Queensland. Long term stability to remote part of power network. 510 jobs during construction (including supporting transmission line), 30 ongoing operational jobs.”

Only the CEO of the Arid Lands Environment Centre, Jimmy Cocking, replied to enquiries the Alice Springs News made early this morning. [Note update below.]

Mr Cocking said the NAIF loan facility is “focussed very much on economic development, agriculture, dam building, businesses associated with mining” and ALEC hasn’t got the scale to become involved.

However, according to information provided by Mr Pitman, the lowest loan is $7.18m. One project is to upgrade a public road south of Port Hedland “that will remain in public hands and available to all road users”.

At $18.5m that seems well in range of the Alice Springs Town Council’s financial capacity – especially given its professed interest in sealing the Outback Way from Queensland to WA.

Mr Cocking says the loans could well serve “those hoping to establish large scale solar or hydrogen industries, or to sequester carbon out of the atmosphere” or any other “low carbon economy”.

He says ALEC would encourage investors wanting to participate in the new economy to look to NAIF but “this doesn’t seem to fit into the MO of the NAIF board at the moment, it’s not necessarily being sold to people in the new economy.

“It appears to prop up fossil fuel and uneconomical coal mine projects that look to get on the rent seeking bandwagon to have government-funded cheap finance for long-term damaging projects, impacting the climate and local communities once people finding out that a FiFo workforces don’t actually contribute to their local economy.”

Mr Pitman says NAIF is now up to 13 investment decisions and one conditional approval. At least four of them are resource based.

“This is forecast to support over 4,000 jobs and around $3bn in broad based public benefit.  Every NAIF project will support important Indigenous engagement.

“The actual funds flow when they are required by the borrower which, given NAIF loan moneys are for construction of infrastructure, will be over the course of the construction period not in a single drawing upfront.”

New Town Council CEO Robert Jennings writes: “It appears that we have never put in for NAIF funding.”