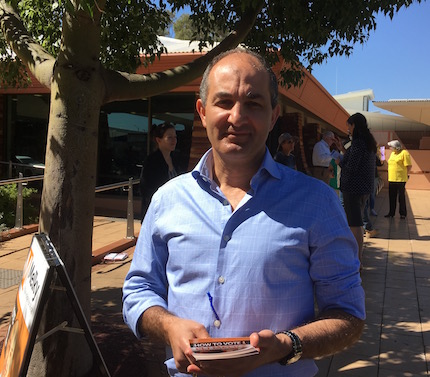 Sir – The statement by the NT Government ministers, which included the comment “a council that is divided, lacks leadership and where individual councillors have put their own political interests above the interests of the people of Alice Springs” is mischievous and not unlike the pot calling the kettle black.

The statement exposes the Gunner Government game plan which seems to be playing the blame game and running down the clock on this issue, as we head to an election.

They are trying their best to avoid accountability on not delivering a past election promise to deliver a NAAG in Alice Springs.

With no money, no idea, no planning and failing to engage with Aboriginal stakeholders in a meaningful way on site location, the government now wants to blame everyone else for their failure.

A shambolic exercise from the outset, this Government now owns the blue print on how not to deliver on any project.

One thing the Alice Springs Town Council has achieved and I am very proud of, is that we are debt free, thanks to a six year long campaign that I was passionate about to pay off the civic centre debt. Our Budget is in surplus.

This Government has driven up debt, failed in consultation and transparency and prefers to do business in secret and behind closed doors.

No one in their right mind would want to demolish a perfectly good building such as the current council civic centre, with the risk of burdening the community with a huge debt.

I call on the Chief Minister and his government to show the community respect, consult with Indigenous custodians in a meaningful way and show us how his government will pay for the entire project. Either put up or shut up.