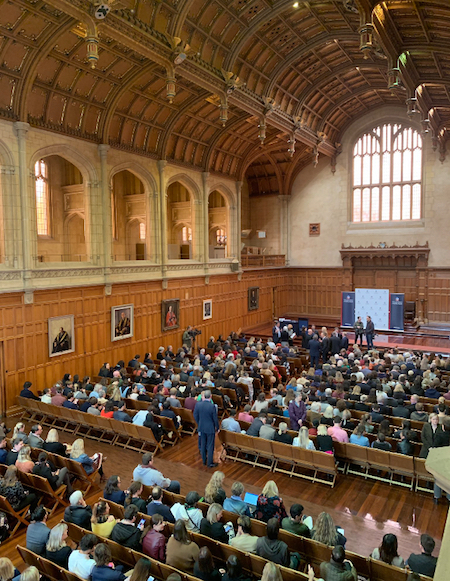 Former Prime Minister Julia Gillard has entered the campaign to improve the shocking rate of suicide among Aboriginal and Torres Strait Islander (ATSI) people labelling it one of the greatest challenges of our time.

Ms Gillard yesterday delivered her annual public lecture to a packed house in the grand Bonthyon Hall at the University of Adelaide, calling to action all Australians as she outlined the staggering statistics. They are appalling.

ATSI people are nearly three times more likely to be psychologically distressed than other Australians and twice as likely to die by suicide.

Suicide is the leading cause of death among ATSI people aged between 15 and 34.

Of those aged between 15 and 19 their rate of suicide is four times that of their non-indigenous peers.

While ATSI people represent about 3% of the Australian population they are overrepresented in the statistic of suicide related deaths for people aged under 18 at 30%.

Statistics are a way to measure, but the numbers alone can be dehumanising. Each of these deaths is an individual tragedy with multiple complex causes.

Ms Gillard explained that suicide is an intergenerational cause of trauma, disadvantage, poverty that leads to despair that creates devastation across generations.

While juggling a few hats, as a visiting professor at the university and also as chair of mental health advocacy group Beyond Blue Ms Gillard emphasised that embedded racism is linked to poor mental health and that ongoing subtle racism erodes emotional wellbeing.

“Imagine not getting a job because of the way you look. How would you feel if you were watched in a shop or someone didn’t want to sit next to you on the bus?” Ms Gillard said, repeating key messages of the Beyond Blue Invisible Discriminator campaign of 2016, which achieved record community engagement and impact.

Ms Gillard told the audience that the Beyond Blue board has just endorsed a new five-year strategy targeted at ATSI people and is in strong support of the Uluru statement to address what she calls structural discrimination.

During the Q&A session founding director of the Australian Institute for Loss and Grief Rosemary Wanganeen called for more resources to deliver adequate grief and counselling services. In response Ms Gillard acknowledged that unresolved loss and grief is the root cause of many suicides. It is a vicious cycle.

In closing the 40-minute address Ms Gillard touched on the issue of constitutional recognition and the history of failed of referendums since Federation highlighting the need to recapture the national unity of 1967.

Ms Gillard (pictured) said that addressing suicide is part of the process of constitutional change and it should be part of a respectful and open-hearted response to the Uluru Statement.

It is a worthy endeavour for a former Prime Minister to champion this cause, but it is time for the guilt and motherhood statements to end and for real meaningful and action to begin.

The event was streamed live and can be viewed again here.

[Mark J Smith is the grandson of Father Percy Smith (1903-82) who was the first resident Anglican priest based in Alice Springs from 1933 and with his wife Isabel founded St Francis’ House, a home for Aboriginal children. Mark holds an honours degree in history and politics from the University of Adelaide.]

There will be a walk for World Suicide Prevention Day on Tuesday next week, according to Merrilee Cox, CEO of the Mental Health Association of Central Australia.

She says suicide is among the top 20 leading causes of death globally for people of all ages.

“In the NT 46 people took their lives in 2018, which equates to almost one death by suicide a week. Suicide is the leading cause of death in NT children.

“The statistics are concerning here in the Northern Territory with Aboriginal and Torres Strait Islanders dying by suicide at twice the rate of non-Aboriginal people,” said Ms Cox.

“The most important thing we can do to reduce suicide is to work together as a community, collectively develop prevention strategies and find ways to support those who need it.

“There is much power in coming together, sharing stories and working on community led approaches to reducing the rates of suicide.

“There is training available in Alice Springs for community members to better equip themselves to help someone in mental distress including Mental Health First Aid.”

The walk will start at the Todd River lawns opposite Todd Tavern on Leichhardt Terrace at 4.30pm, to the Stott Terrace bridge and return, 1.6 km along an all access paved path.