Leadership and consultation can go hand-in-hand 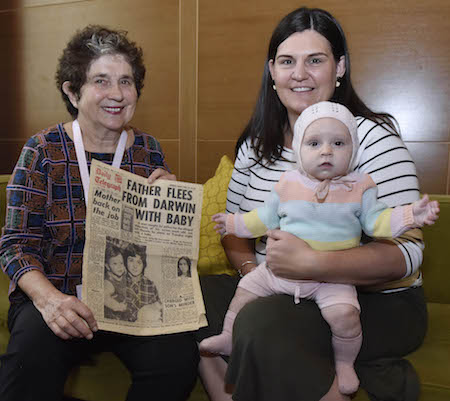 Talks between the Town Council and Mparntwe custodians about the national Aboriginal art gallery haven’t even started. The relationships with the Chamber of Commerce and Tourism Central Australia need “re-igniting”. And there is the fallout from the two-year code of conduct saga. So says Councillor Marli Banks who hopes to be elected Deputy Mayor tonight. She spoke with Editor ERWIN CHLANDA for our Big Council, Small Council series.

NEWS: Are you a Big Council or a Small Council councillor?

BANKS: I believe a local council can have a huge reach. And if that’s defined as a Big Council, I’m a Big Council person.

NEWS: What are the Big Council issues that are in train right now?

NEWS: Which other Big Council projects would you like to see?

BANKS: I’ve been a huge advocate of a masterplan, allowing the community to feed in ideas.

NEWS: There’s frequently a four to five voting split in council. Your views?

BANKS: Division gets in the way of good business. We are not working together as effectively as we could be.

NEWS: How can that be improved?

BANKS: It takes strong leadership to deal with differences of opinion, while understanding that diversity is the key to a healthy community. A diverse array of opinions is not an obstacle under the right leadership, in fact it is healthy.

NEWS: You expect to be nominated as Deputy Mayor in the annual vote for the position that will take place tonight. Would these issues be a prime objective in your office?

BANKS: Absolutely. It is also an opportunity to gain experience of how to arrive at unified positions.

NEWS: How would this unfold in practice? If elected, what would be the first things you would do to stop the split?

BANKS: Use my skills in communication and management. Ensure we have regular, clear and respectful communication.

NEWS: Which of the councillors are likely to be supporting you? Name them, please.

BANKS: If I am elected I’ll welcome the opportunity to work with all councillors, understanding the differences but finding common ground. We all want a safe community, a prosperous economy, good facilities.

NEWS: You don’t wish to name your supporters?

BANKS: If you have a look at the business I have brought to council, I have generally had overwhelming support. I have not lost a position I have taken. I have shown I have the capacity of working with council.

NEWS: Where is the council’s consultation at with traditional owners about the national Aboriginal art gallery?

BANKS: That’s right. I have a strong position for no decisions to be made before consultation with the Mparntwe custodians.

NEWS: Have you had meetings?

BANKS: Unfortunately, to date, we have not had sit-down discussions.

NEWS: Has the council invited them to discussions?

BANKS: To the best of my knowledge, no, we have not, despite my push for that to happen. Perhaps that would be one of my biggest challenges.

NEWS: Would you vote against a swap – moving the civic centre for the gallery – unless there is support from the Mparntwe people?

BANKS: I am really looking forward to that conversation being moved into the public, in the open [part of the council meetings].

NEWS: Will you vote against the swap unless this takes place?

BANKS: I have been very clear that any deal, be it the gallery, or moving the civic centre, or developing the CBD, needs to be done in partnership with the Mparntwe traditional owners. The discussion needs to be out in the open. Many in the community at large, not just traditional owners, are genuinely confused by the process.

NEWS: What, if anything, is the council discussing with Tourism Central Australia at the moment? 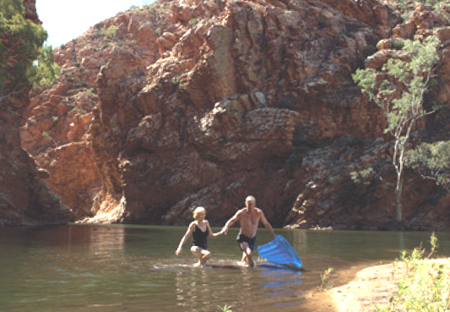 BANKS: This is another field where council could be doing better. We are not in discussions with Tourism Central Australia. We are at a stalemate around our membership with TCA. We have a designated position on its board but we don’t have a voting right. Some members of council have felt that it is not worth our while to participate in TCA without a voting right. I believe a seat at their table is an opportunity to feed into the discussion. I am hoping we will re-ignite this relationship.

NEWS: What, if anything, is the council discussing with the Chamber of Commerce?

BANKS: I don’t know that we have a regular sit-down with them. The Mayor might but he has not brought back any business to council. As councillors we are automatically members of the Chamber. The council pays our membership. It’s another relationship we could be re-igniting.

NEWS: What could the council do to counteract the dominance of the Ayers Rock Resort in our tourism industry?

BANKS: This would take a co-ordinated effort by council and stakeholders, including the government and Aboriginal organisations, to make the most of our assets, such as the region’s ancient culture, as a major regional centre.

NEWS: Is that happening?

BANKS: I’ve pushed heavily for masterplanning which would, in part, relate to tourism and the facilities and services it needs.

NEWS: What should be discussed by the council in confidential session?

BANKS: Tenders before being let, anything that has been requested to be in confidential.

NEWS: That makes it immensely broad. Anyone could ask for their matters to be kept secret, no matter what the legitimate public interest is. Do you challenge people to give a reason for their request of confidentiality?

BANKS: Absolutely. At the end of the month we always draw matters out of confidential.

NEWS: But until then the discussion is behind closed doors. Isn’t that right?

BANKS: I personally don’t get many requests from people to deal with issues in confidence. But commercial in confidence issues need to be in the confidential part of the meeting.

NEWS: Why? Frequently these would be discussions about spending public money.

BANKS: I believe that the reasons for moving issues into “confidential” need to be able to be challenged and the reasons examined. This can already be done by majority vote. We should be stretching as fas as we can to keep issues in the public domain.

NEWS: Is there any legacy from the recent code of conduct issues?

BANKS: Yes, of course. Divisions in any government can have dire and lasting effects.

NEWS: What are the lasting effects?

BANKS: I look at the last two years. I and a number of other councillors experienced indirect complications and limitations. It has tied up our business, and prevented us from moving forward. It’s like we’re just awakening back to our senses, recovering from quite a sharp blow to our council. Tonight’s elections to committees and the deputy mayor position will be an opportunity to come together as a council again, for the next two years of our term.

NEWS: Should there be an internal conflict resolution process, rather than the one that was used, involving a government agency?

BANKS: I think the changes of the Local Government Act will improve the process.

BANKS: I’m looking forward to working with Robert Jennings. The style of leadership he has demonstrated with the Katherine Town Council gives this community great hope for projects such as masterplanning and delivering major projects such as the gallery, in line with community views.