Soy sauce now only from a bottlo 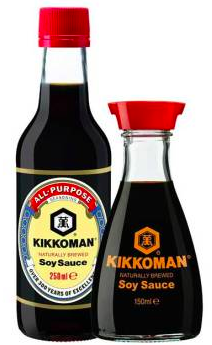 You might soon be able to buy it only after 2pm, in a bottle shop, and after showing your licence and having been checked against the Banned Drinker Register, and if you’re under 18 you will have broken the law.

Yes, soy sauce contains alcohol, around 2%, and as a product containing “above 1.15% ethyl alcohol by volume and is sold in a container over 50ml by volume” it’s become the latest target of our booze controllers.

A letter dated July 4 and signed by Sally Ozolins, Acting Director-General of Licensing (the same person who signed off on the appointment of an external manager of the National Road Transport Hall of Fame) says “any product” fitting that description “must only be sold or offered for sale with the authority of a liquor licence”. 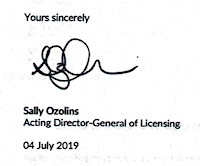 Letters have gone out to traders although according to one, the Liquor Act, due to be amended in October, will create exceptions.

So what’s the rush with this letter? What will be exempt? Are the regulations in force now?

When they tell us we’ll tell you.

The Department of the Attorney-General and Justice provided the following statement:

The Acting Director General of Licensing has recently contacted stakeholders to remind them of their obligations regarding the sale of products under the Liquor Act.

The Liquor Bill that is currently before Parliament creates a mechanism for the exemption of non-beverage type products so that they will not be subject to the Liquor Act going forward.

The Bill is scheduled to commence on 1 October 2019.

Licensing NT are preparing for the implementation of the Bill when it passes, and this is their main priority.


UPDATE 6.25am August 2: The Department of the Attorney-General and Justice has announced a backflip late yesterday:–

Licensing NT provided advice to retailers in early July about the sale of products containing alcohol.

Clarification was provided today to Retail Drinks Australia and to recipients of the original letter that sauces and marinades can still be sold next to other grocery items.

Nail polish remover and other similar non-consumable products do not fall within the operation of the Liquor Act and cough syrup and other medicinal liquids which may contain alcohol are also outside the scope of the Act.

Retail Drinks Australia is contacting its members to confirm the position.