Spying on park visitors: nothing to see here? 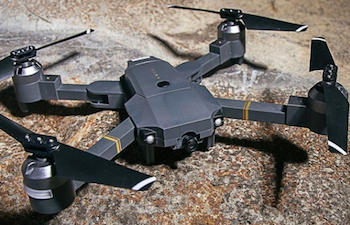 The NT Government department responsible for parks, wildlife and heritage is unaware that a semi-concealed camera, permanently mounted, is reportedly used by Pine Gap security for surveillance of people visiting a public reserve.

The media manager for the Department of Tourism, Sport and Culture, Lauren Crawley, says in response to an enquiry from the Alice Springs News: “Are the semi-concealed cameras on the reserve? If so, please provide location details and I’ll let the rangers know to go and assess the situation.”

The camera was mentioned by film maker and long-time local Chris Tangey in one of the 15 readers’ comments posted with our original report about spying on visitors to Kuyunba, located to the east of the US/Australian spy base.

Although we drew Ms Crawley’s attention to the readers’ comments we published, mostly critical of the privacy invasion, she says: “The department has not received any formal complaints about the issues you mentioned. If visitors are concerned, they need to report it to a ranger to investigate the issue.

“If visitors are concerned or have been approached, they can report it to our rangers or police with details. Unless there is something formal to go off, I’m not sure what you would like me to send a comment on?

“All we can ask is that if people are concerned, to contact the parks office on 89518250 with details so the incident can be looked into. Complaints will be taken seriously, however they need to be reported.”

The sources we quoted in our original report, as well the majority of the other comments, suggested that the Australian Federal Police (AFP) is and has been for some time carrying out routine surveillance of the visiting public in the park.

The AFP responded by claiming it had not been involved in an encounter with a group of tourists on July 10. It appears that Ms Crawley interprets the AFP’s response as meaning it is never involved in the surveillance of people in the reserve.

She states: “You have received a comment from AFP saying it didn’t happen, so unless we receive some more information with details from the concerned visitors, the best Parks could do is ask unknown persons from Pine Gap to stop doing something they have stated in writing they didn’t do.”

Neither the AFP nor Ms Crawley have responded to our requests for comment on the use of a surveillance drone as reported.