Home Issue 14 Self-drive at record numbers, but there are risks
Issue 14Volume 25

Self-drive at record numbers, but there are risks 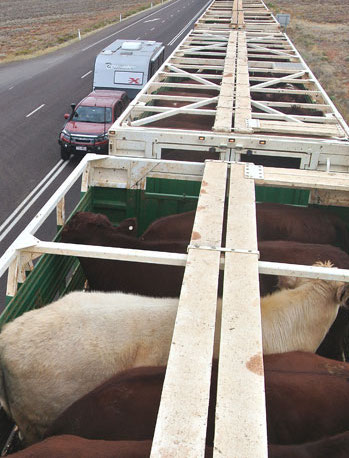 “I was surprised to see one roadside stop just north of Hi Way Inn between Daly Waters and Dunmurra with around 20 caravans parked for the evening.

“It was similar at other stops as well. Most of the roadhouses were also full.”

But Mr Manicaros says while all of this is very good for tourism it also poses risks.

“I also came across visitors who were camped on the side of the road at random locations and at the front of cattle station gates.

“It is important the visitors are aware of their obligations especially with the removal of rubbish or the starting of fires.

“Under no circumstances should visitors open gates unless they have been invited directly on to the property. The public should remember that these properties are private and should be respected as such.

“There is also livestock wandering around looking for water or feed so an open gate can create problems.”

• Stay only in structured rest stops, do not simply camp along the road corridor. Stay where it says you can please – don’t assume you can stay wherever you want.

• When you do stay be vigilant and conscious of risks around weeds, general rubbish, fires not controlled, and black waste.

“With the October closure of climbing Uluru many have taken the opportunity to travel here,” he says.