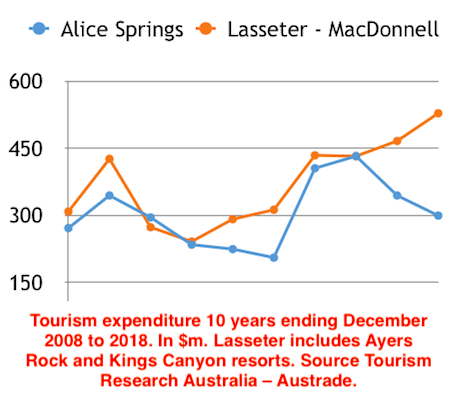 She says in a media release the figures show for the 12 months to December 2018 that “domestic holiday visitors to the NT increased by 6.7% to 652,000 visitors, with expenditure also increasing by 35% to $832 million.

“The combined (domestic and international) holiday visitors to the NT for the year ending December 2018 increased by 6.2% to 912,000 visitors who spent $1.2bn in the Territory, which is an increase of 23% on the previous year,” says Minister Moss.