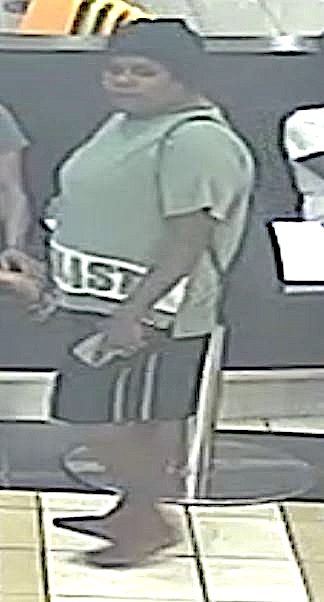 Police are looking for a woman who allegedly snatched a bottle of alcohol from a shopper’s trolley in a supermarket carpark in Bath Street.

The woman then assaulted the shopper, police allege. They released a CCTV image of “a woman they wish to speak to” (pictured) following the incident at about 5:45pm on Thursday, March 21.

The woman is described as being of Aboriginal appearance, aged in her late 30s to early 40s, overweight and wearing a black beanie, a khaki coloured top and black shorts at the time of the incident.