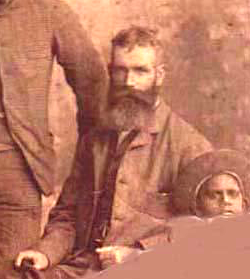 Sir – With Anzac Day about a month away, it is again an important time to reflect on the role Australia has played in international conflicts and the soldiers and other personnel (doctors, nurses and others) who have served.

Many people from Central Australia served in the First or Second World War, the Vietnam War and a number of other conflicts – and this has included many Aboriginal people.

One soldier who served in World War 1 is Private Alex McKinnon (Service No. 2230), an Aboriginal man from Charlotte Waters.

Despite the fact that Aboriginal Australians had few rights in those days, in particular that they could not vote and were not even included in the census – Private McKinnon somehow managed to enlist and was a member of the 43rd Australian Infantry Battalion.

Tragically, however, he was killed in action in Belgium on October 4 1917, aged only 26.

Private McKinnon’s story is a significant part of our local history and has been documented in a notable publication, World War One: A History in 100 Stories (Scates, Wheatley &amp; James, 2015), and also features in a new mobile phone App, “World War 1 Stories”, developed in Alice Springs and available across the country, as well as in New Zealand.

Tomorrow, March 26, a Last Post Ceremony at sunset (5.30pm) will be held at the Alice Springs Cenotaph, Anzac Hill, in honour of Private Alexander McKinnon. It would be fitting to have a broad cross section of the Alice Springs community, as well as visitors to town, attend this event.

The above photograph is believed to be Alexander McKinnon as a child in the right hand corner, with his paternal grandfather, also Alexander.

By OSCAR PERRI Yesterday’s Federal Budget promises little change for the lives of Central Australians aside from a continuation of upgrade work on the Stuart...
Read more
Issue 1