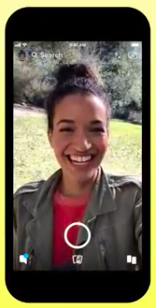 A 22-year-old man has been arrested over sexual offences alleged to have included the use of the social medium Snapchat (photo online promo) to interact with seven girls in Alice Springs aged between 14 and 16, and a 15-year-old girl in the United Kingdom.

It was reported to police that the male sought to obtain nude images, asked sexually inappropriate questions and sent unsolicited nude images to the victims.

Enquiries by detectives and the Joint Agency Child Exploitation Team led police to an Alice Springs address linked to the IP address of the man, according to the police.