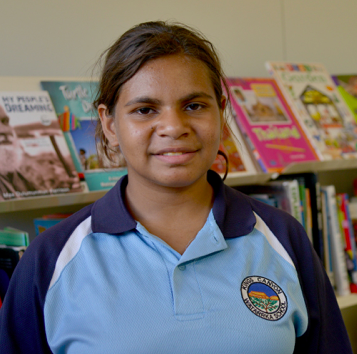 The traditional owners of the iconic Watarrka – Kings Canyon National Park have combined their rent income from the park with private donations to build a secondary school classroom to keep their children at school for longer, according to a media release from the Central Land Council (CLC).

Traditional owner Sadie Williams said the $320,000 investment will enable local students to stay living with their families in surrounding outstations while they continue their studies at the Watarrka school until year 10.

“We have fought hard over many years for our primary school to stay open so that our kids can get a good bilingual and bicultural education on country,” Mrs Williams is quoted in the release.

“We put some of our own money to build a high school out bush for our children. Kids won’t get homesick like when they have to go away to school in cities. It makes our kids feel happy and safe living at home with their families and going to high school.”

The traditional owners invested $135,000 of their collective rent income in the project, while the not-for-profit Watarrka Foundation raised the balance from a variety of sources over an 18 month period. 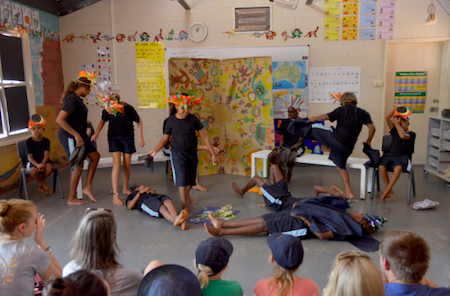 The CLC’s community development program supported the traditional owners to plan and monitor the construction project in partnership with the foundation.

“These community-driven initiatives are more likely to help close the education gap than top-down government programs because the childrens’ families are engaged and are using their own income,” the release quotes CLC chief executive Joe Martin-Jard.

The traditional owners’ investment in the secondary classroom project builds on their earlier decisions to spend more than $180,000 for education support projects for the Watarrka outstations and their school.

“The right to access an education in your home environment is an accepted human right and we are proud of having contributed towards providing this to the families in Watarrka,” Watarrka Foundation chair Paul Jensen is quoted.

Christine Munro, a teacher at the Watarrka school and a member of the foundation’s advisory group, provided on-site support to the secondary classroom project.

Before the project, she had to teach up to 25 students of all ages in one small classroom.

“Having an additional classroom has enabled us to separate the students into age groups and give them each more focused attention which is helping them to learn faster.” 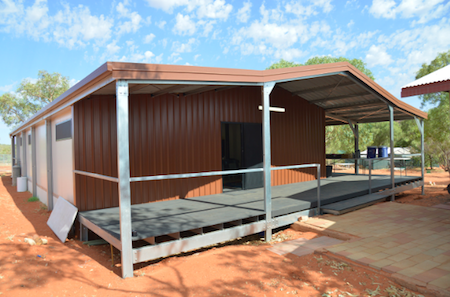 “The kids love the space and volunteered an entire Saturday to help shift, carry and organise our learning materials.

“Just knowing the world out there cares about their education is making a difference. It’s a joy to teach smiling children.”

The CLC says: “The press release is a joint press release, between the Watarrka Foundation and the CLC and has been approved by both organisations.

“The budget to construct the classroom that was given to the CLC by the Watarrka Foundation was for $320,000. Traditional owners, the Foundation and private donors contributed to this budget. The CLC have not received any documentation showing that it cost more than $320,000.

“The traditional owners have invested their income in a number of education initiatives since 2012.

“They have supported students to attend school outside of their community, as well as investing in services and infrastructure in community schools.

“Traditional owners develop their own funding priorities, they are not mandated by the government or its agencies such as the Parks and Wildlife Commission of the Northern Territory on how to spend their income.”