Mascara was streaming down their faces (whose idea was it to have the spectacle at the hottest time of the day – 39 degrees?) but there was no stopping the drag queens in town for the first FABalice festival, and the locals just love a parade: they packed into the Mall.

The town that takes pride in welcoming gender diversity put up with laboured double meanings in good humour – Drag Races, Ex-DRAG-Vaganza and so on.

No riot broke out when a float reminding spectators of “horrific police brutality” followed a contingent of cops in the parade (photos below).

Pollies of course didn’t miss the chance to tout their input, including $190,000: “The Festival is an important part of the Territory Labor Government’s continuing investment in improving social, cultural and economic conditions for Territorians” (Lauren Moss, Minister for Tourism, Sport and Culture) and “aside from boosting visitation and growing the local economy during the shoulder period, this event also appeals to a wide cross-section of our community” (Member for Braitling, Dale Wakefield).

Expect  “LGBTQI” to be a standard reference in local barbecue conversations from now on.

And it all started with the hit movie The Adventures of Priscilla, Queen of the Desert, 25 years ago.

FABalice spokesperson Nicole Jervis says it’s the beginning of something huge:  “Our reach will gradually be extended nationally and internationally, leveraging off the Sydney Mardi Gras held a week prior to our event, and bringing much-needed interstate and overseas tourist dollars into the local economy at what is traditionally a quiet time of the year.” 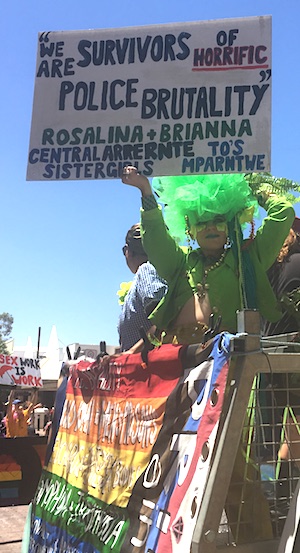 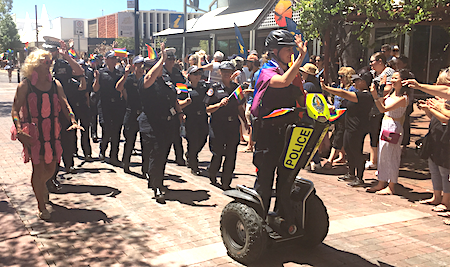