No juvenile prison in your back yard: Dale Wakefield 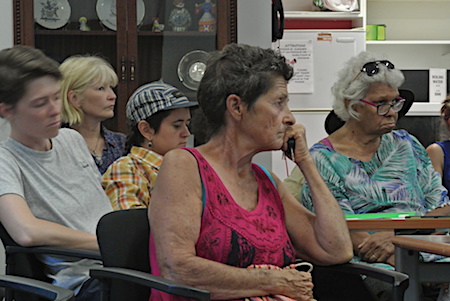 “The infrastructure here is not ideal but it is a lot better than what it was. We have no immediate plans to move that anywhere at this stage. We want to focus on keeping kids out of that facility.”

With those few words Families Minister Dale Wakefield took the NIMBY factor out of last night’s public meeting: There will not be a juvenile prison in anyone’s back yard in Alice Springs, at least not for the foreseeable future.

“We are very much focussed on the Darwin facility,” Ms Wakefield told the crowd of about 40 gathered to discuss the government’s “proposed development of a youth justice facility in Alice Springs”.

Any bricks-and-mortar dollars, bringing benefits to the local economy, will now clearly flow to the notorious Don Dale facility in Darwin where, as the meeting was told, kids from The Centre will continue to be transported when the Alice facility is full, as has frequently been the case.

The decision to stay put adjacent to the adult prison south of town is the direct opposite to Ms Wakefield’s announcement in November 2017 that the current facility will be patched up pending the construction of a new one elsewhere in Alice Springs.

At the same time Chief Minister Michael Gunner confirmed that the Alice facility would be closed in due course, no less a Royal Commission recommendation than what’s being done with Don Dale.

This was followed by a softening of the Alice youth prison – fewer fences, facilities in rooms, and so on.

A series of break-outs prompted locals to suggest there should be a taxi stand outside for the benefit of escapees, which in turn led to the hardening of the razor wire fences which – against earlier intentions – made the facility even more prison-like. And now, presumably, the government’s fiscal crisis has become the latest issue to be taken into account. 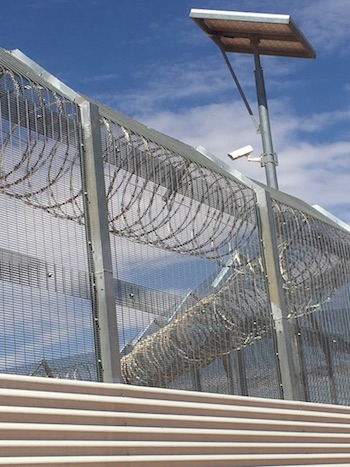 But Minister Wakefield wasn’t short of answers to the crowd of about 40 at the meeting called by the Town Council and moderated by Deputy Mayor Matt Paterson, following a request last year by Margo MacGregor of the Coalition Against Prisons in Town.

That group was concerned that Alice looked set to get a new juvenile facility, expected to cost upwards of $18m.

“We are not focussing all our resources on detention,” said Ms Wakefield last night.

“First of all, we want to stop crime before it happens … before young people even come to the attention of the police” and give them “a sense of inclusion in our community”.

The child protection system is “like a big funnel: There are lots of ways of getting into the system but very few ways to get out.”

The department’s emphasis is on “early intervention, children and family centres, youth programs, under fives, making sure that we are supporting parents in their parenting skills.

“That’s a huge body of work. We are coming from a very low base,” says Ms Wakefield.

“We’ve got a lot of work to do” and variants of that were frequent in her 10 minute opening address and her answers to questions and comments from the floor.

“It is long and difficult work … we have some green buds … I don’t want to be over-enthusiastic … It’s slow work and not very visible work.”

She said: “Probably for the first time in NT history we have more kinship parents than foster parents in our system. That’s very close. We’re almost at the tipping point.

“We have more youth programs than we have ever had before.”

A youth outreach service which is about managing kids who are on bail is being developed, along with suggestions that bail conditions by police and the courts be brought more into line with Aboriginal family realities: For example, it would make more sense to have bail conditions of staying with a family member than at a particular address, it was suggested at the meeting.

As the “poor outcome” over Christmas showed, “we are not seeing the results. That just shows we need to do more,” said Ms Wakefield.

There will be a boost of $5m for a “24 hour response” with youth workers working alongside police.

There are in place or in development “new programs providing options other than detention – kids out bush, kids on country, connections to culture, quick on consequences so we don’t have kids on a long lag time” when they are committing crimes “so that there are quick, clear consequences for kids who are heading down the wrong track”.

PHOTOS: Doreen Carrol nee McCormack, an Arrernte Luritja woman, mother, grandmother, great-mother, and legendary carer for many children, at right in the photo, with part of the crowd, mostly women • Razor wire in the youth prison which will now stay in its present location.