The Florence Nightingale from the bush 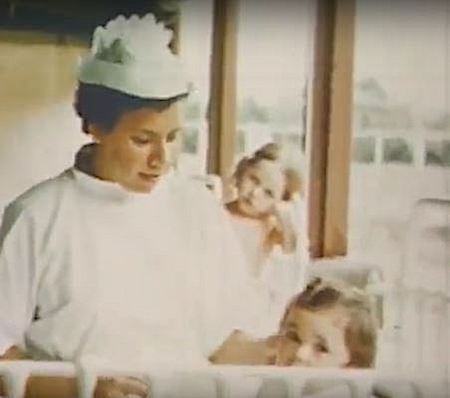 Rona Glynn was born at Woodgreen Station in 1936.  Her mother, Topsy Glynn was an Aboriginal woman who worked at the station. She had a younger sister, Freda.  When Rona was three a directive came telling Topsy that her children had to go and live at the “half-caste institution” in Alice Springs known at The Bungalow. This forced removal of Aboriginal children of mixed descent was enacted under the 1911 Ordinance.

Topsy was deeply distressed.  What could she do to remain near to her children?  She was able to work at ‘The Bungalow’ as a laundress and so remain with her children.  That in itself was quite an amazing achievement given the general disdain that was accorded to Aboriginal people at this time.

After the bombing of Darwin in February, 1942 a military directive was issued requiring that children at The Bungalow and the Kahlin Compound in Darwin to be evacuated south.

Topsy left with her two children finding work on a farming property in NSW. However, distressing circumstances developed causing Topsy to leave with her children and go to Sydney.  She was quite destitute.

The CMS, Church Missionary Society (Anglican) assisted Topsy having Rona placed at Mulgoa, an Anglican home west of Sydney. Topsy and Freda were taken in by Dr and Mrs Lindemann who lived at Vaucluse where Topsy did domestic work.  The Lindemann’s were very supportive. From there Freda went to Mulgoa to be with Rona.

In late May 1942 a group of Anglican children from The Bungalow arrived at Mulgoa having been escorted from Alice Springs to Adelaide by Father Percy Smith, and then from Adelaide to Mulgoa by CMS staff Miss Dove and Miss Anderson.  Rona and Freda became part of what turned out to be a generally happy group.

This group of Indigenous children remained at Mulgoa until January 1949.  All were wards of the state so NT Native Affairs Branch had ultimate responsibility as to where they should go.

It took some time for the girls and their mothers to adjust to life at St Mary’s.  They missed Mulgoa, which had been their home since 1942.  Their positive adjustment to their new environment was due largely to the loving care they received from Sister Eileen.  Her kind and gentle way with the children soon endeared her to them.  St Mary’s became a home. 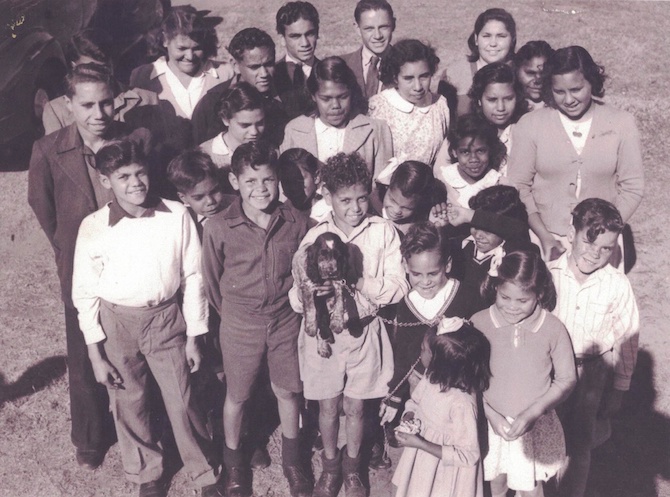 In his 1953 book With the Sun on my Back, John K Ewers had this to say on page 170 about St Mary’s: “At St Mary’s I was impressed by the relationship between the children and the staff.  Sister Eileen’s discipline was firm but kindly, and it was evident that she stood in loco parentis to her charges, not in any legal sense, but literally in the degree of affection with which they regarded her.

“Their parents, who paid forty pounds a year boarding allowance, need have no fear for their children’s welfare at St Mary’s … On the ground of behaviour … the children at St Mary’s gave little cause for complaint … Boys and girls played happily together in the large grounds and dined together … It was my privilege to share a meal with them … St Mary’s Hostel remains a beacon in the north.”

This was not only a very creditable achievement for her, but Rona was showing Aboriginal children what they could do given the right attitude and a conducive set of circumstances.

In 1951 there were very few Aboriginal children anywhere in Australia who had gained the Intermediate Certificate.  Other than her intellect, Rona’s outgoing, ebullient personality was very much a contributing factor in her achievements. 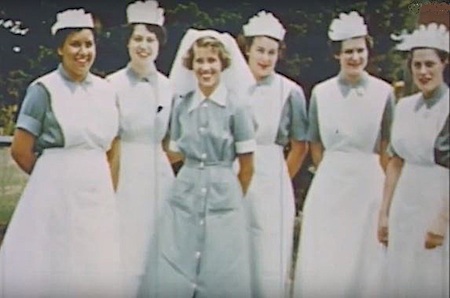 Rona’s achievements had so impressed the Education Department that in 1952 she was made a junior teacher in charge of a Grade 2 class at the Alice Springs Primary School. She was one of the first Indigenous people to the gain such an appointment.

1954 brought a big change in Rona Glynn’s life. She went to Melbourne to study nursing.  To be able to be away from her family in a very different environment for a period of a year or more was challenging. She gained her triple nursing certificate in Melbourne giving her high standard qualifications.

In 1962 Rona returned to Alice Springs taking up the roles of Tutor Sister and Sister-in-Charge of the maternity ward at the Alice Springs Hospital.  She was the first Indigenous person to gain such distinctions.

She was popular with the staff, and said to have a good sense of humour, was sympathetic, kind, enthusiastic and capable. She was held in high regard by mothers in the community. It is believed that she delivered over 2000 babies and was loved throughout Alice as Sister Glynn.

Rona had a keen sense of humour. At times she took grapefruits from the garden of the matron’s quarters to give to the new mothers on the ward. The matron was annoyed and one day stormed into the ward asking whether anyone knew who the thief was. Rona put her finger to her lips indicating “shhh” to the mothers and once the matron had gone, they started eating the grapefruits.

In 1964 Rona married pastoralist Bill Schaber.  However, tragedy struck the very next year when Rona experienced complications in childbirth losing her baby and losing her own life.  She died on January 4, 1965 with her mother, her sister and Sister Eileen at her bedside. She was only 29 years old. 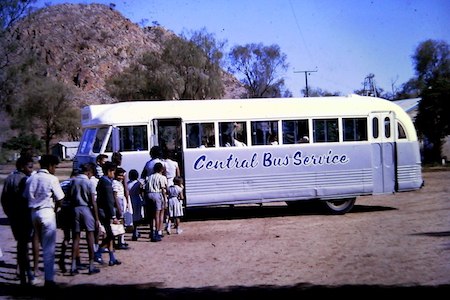 The Alice Springs community was devastated so much so that ‘The Rona Glynn Preschool’ in Alice Springs was named in her honour in September, 1965.

Part of a tribute in The Centralian Advocate in 1965 described Rona Glynn as: “The little girl from the bush who rose from nothing to give great honour and service to her country and to become one of the best loved and most respected women in Alice Springs … She will long be remembered … most particularly by the mothers and babies who have been in the skilled and loving hands of this Florence Nightingale from the bush.”

The author, John P McD Smith, is the son of Father Percy Smith, first resident Anglican priest in Alice Springs in 1933.  John has written his father’s biography, The Flower in the Desert.