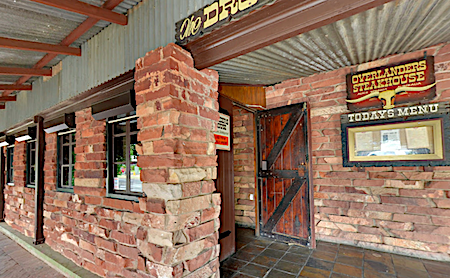 The closure of the iconic Overlanders Steakhouse last Saturday was bad luck rather than bad management, says its co-owner with her husband Mark, Jennifer Schrader.

“Nobody is at fault. It was just meant to happen,” she says.

Her brother Wayne “Krafty” Kraft owned the building for some 30 years and the restaurant business until three years ago, when the Schraders took over, with Mark the chef and Jenny the manager.

About mid last year they put the restaurant on the market and embarked on a vigorous sales campaign, from using Gumtree to radio to real estate agents.

Mrs Schrader says it was hard going, despite a good trading performance and substantial forward bookings. The building’s buyer – she would not name him – would have had to honour that remaining lease.

However, the renewal for the next three years was due by mid-December 2018.

As no buyer for the business had been found, the Schraders did not take up the option of renewing the lease.

So when Mr Kraft found a buyer for the building, no lease beyond next month was in place.

As it turns out, the investor has now asked for all the restaurant furniture and not-fixed equipment to be removed, indicating that he does not want a restaurant there.

And so the beautiful stone building, dating back to the early 1970s, erected by one of the town’s most eccentric figures, Bardius Goldberg, then known as Dave Fish, is facing an uncertain future. 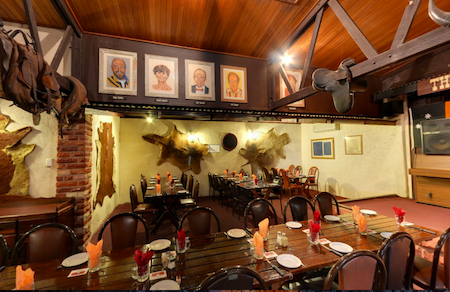