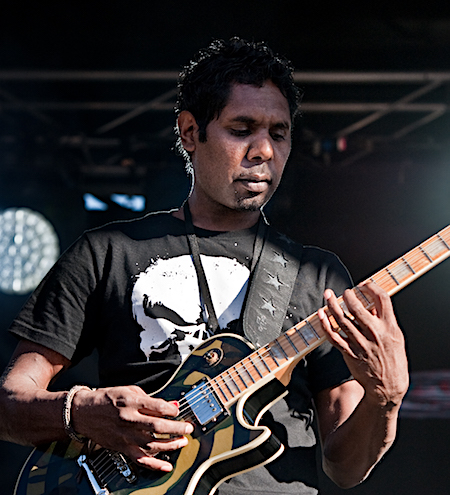 Setting foot in a city built in part over an ancient burial ground, the capital of a state which decimated Aboriginal people almost to extinction, rubbing shoulders with a social elite frequenting Australia’s most exciting new art gallery, being Aboriginal and playing Metal to a mostly white audience: it was an unsettling, turbulent time, but ultimately enjoyable for a metal band from Ltyentye Apurte (Santa Teresa).

Southeast Desert Metal, billed as the most isolated metal band in the world, are now performing the Victorian leg of their national tour.

But they say Tasmania, catapulted to the top of the nation’s bucket list by David Walsh’s Museum of Old and New Art (MONA), was the most profound experience so far.

A visit to the Tasmanian Museum and Art Gallery, which deals in part with the state’s genocidal history and brutal colonisation, heightened their impression of being in a disturbing place.

They began to feel more at ease when three local Aboriginal people, including an elder, gave them a Welcome to Country: An important ceremonial act had been performed.

Southeast arrived at MONA to sounds of jazz, a kind of lounge swing, big double basses and keyboards.

The architecture of the opulent MONA gallery is incredible, surrounded by vineyards. On luscious lawns free range chickens were wandering about. People were sipping cocktails under umbrellas. 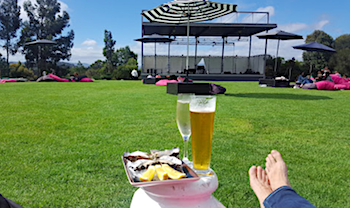 The four musicians from Ltyentye Apurte were taking the elegant setting in their stride, laughing and doing their music.

Listening to metal music from the desert was a well-received contrast for the mostly affluent-looking patrons.

Some of the people though seemed to have come specially for the show, wearing gear that looked like they were into the genre.

Southeast did an hour and a half set, longer than any other set on the tour.

Next on the stage was a band looking very dapper: vests and caps and ties.

The band looked at the MONA exhibition, freaky stuff, wild art work, including Cloaca Professional (pictured) by Wim Delvoye which ingests food at one end and at the other end it takes a crap, complete with matching odours.

There is a whole wall of vagina moulds, about 80 of them. For the band it was a level of experience as far removed from their desert home and culture as they could imagine. 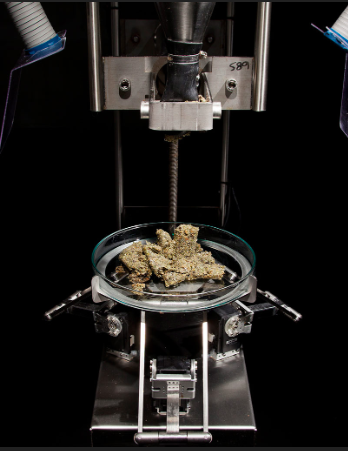 The following night was a concert in the Brisbane Hotel, the go-to music bar in Hobart, much more like the settings the band are used to play in, supported by some other metal acts, and rock ‘n’ roll. Here they got their Hobart fix, the exposure they were looking to get.

At the concert in the Launceston festival, also a MONA event, Southeast played to their biggest crowd, ever, 1000 plus people.

They got an incredible reception. Soon their T-shirts and hats were everywhere. We’d all go out and party (I’ve been travelling with them, since leaving Alice in early January lending a hand with logistics).

People would constantly approach and praise the band members, at the festival, at the after party and in the busy streets. High fives. They were stars.

The next day we went out to a gorge, a beautiful swimming spot. We went up a hill to have a bit of peace. Moments later a journalist popped out of the shrubs and asked for an interview for a national newspaper. Fame was at hand.

Back on the mainland, Southeast are playing in Collingwood tonight, Ballarat tomorrow and the day after, St Kilda on the 27th and the tour will end in the Theatre Royal in Castlemaine on January 28.

PHOTOS of MONA from its website. Southeast lead guitarist (at top) Gavin Hayes by Duncan Giblin.