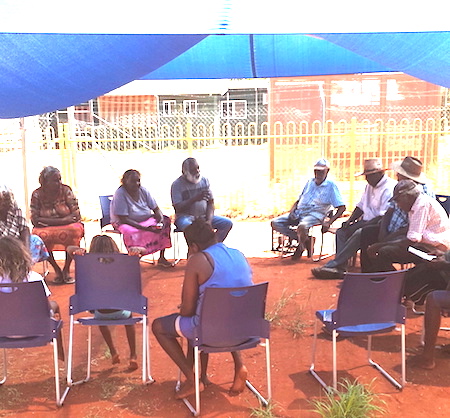 “Dear Editor, help us with positive news about this community. Thank you.”

What’s the man on about? 300 cars drove on Gap Road and there was no accident? We don’t do stories like that.

But as with all stories there is another side to it.

Ali Curung was riven by violence late last year. It had been going on for five or six years.

Now it is on a fast track to peace.

Madhu Panthee cut his teeth in conflict resolution in his native Nepal during five years of mediation in a 10-year conflict that killed 14,000 people: Maoists clashing with the country’s government and trying to scuttle its monarchy.

Now there is peace.

“Involving the elders. Talking to them. They will talk to the young fellers. Fighting’s no good, they are told, and they get the message,” he says.

Mr Panthee (pictured) migrated to Australia in 2008 and applied the theory in Yuendumu between 2011 to 2014.

“The situation was very similar to Ali Curung now,” he says. “What helped was a good news story about our work with the elders in the Alice Springs News.”

Mr Panthee says the reconciliation of hostile family groups is now in its second phase, with the third and final one due to start after a funeral. 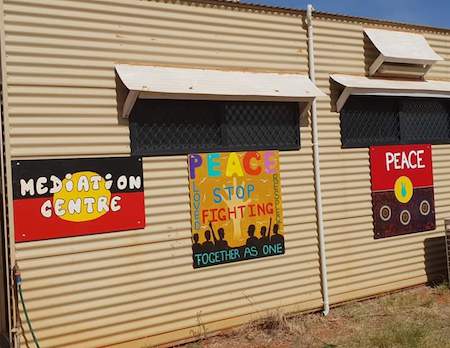 He is reluctant to take credit for the progress, attributing the success to the elders – men and women: “George Ryder, Donald Thompson, Ned Kelly, Peter Corbett and Julie Wauchope are actively involved in a mediation process between two conflicting sides,” he says.

“A mediation centre has been set up in Ali Curung to assist and support community leaders and elders to create a peaceful community.

“Please stop hating and blaming each other and support us to solve our problems,” says a poster.

Visitors are urged to “respect our culture and the elders and listen to our voices … don’t bring trouble.”

There was a bit of money from the Office of Prime Minister and Cabinet, for a modest building, travel and organising meetings. Mr Panthee lives in the community.

There is good news all around. And that’s worth a story!