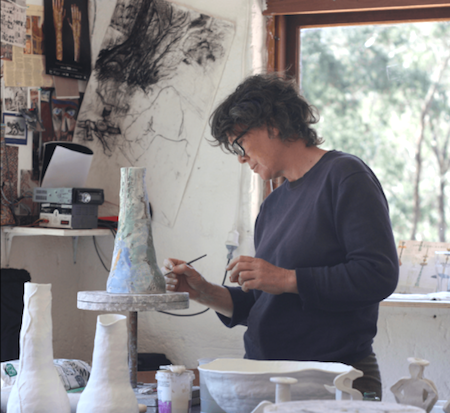 Extreme temperatures can occur in Braidwood, NSW, even if more often at the cold end than the hot, making many features of Gwenna Green’s house, which is totally independent from external services, an inspiration for Centre dwellers.

They are made from hard wood, a fire protection measure as the house adjoins the Monga State Forest on three sides.

Much of the other three walls of the elegantly furnished room are covered in paintings, many of them from Central Australia where Gwenna’s daughter, Ruby Green, lived and worked in Haasts Bluff and Kintore, and where she met her partner, artist Drew Moynihan.

They are expecting their first baby in February.

All three will stay on with Gwenna for the baby’s first few months before returning to Ruby’s current  position, teaching school at the very tip of Queensland’s Cape York – every bit as remote as Kintore. 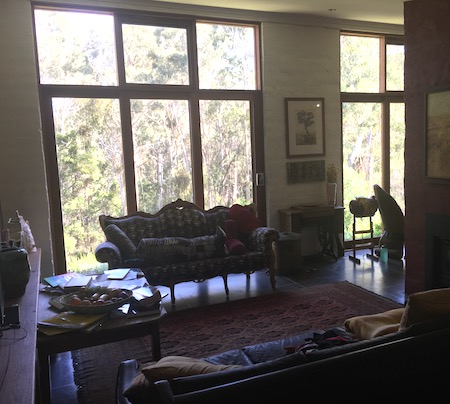 In the meantime they will enjoy the comforts that Gwenna’s house cleverly makes of  the sun, the rain and ample firewood.

If your mental image of a solar powered house is people stressing out about turning off lights and appliances – forget it: There are lots of ceiling lights burning, a big refrigerator, washing machine, a computer station with NBN connection, and water pumps running on 240 volts.

There is reverse-cycle air conditioning but it’s rarely used as the mud brick walls keep out the heat.

The northern eaves, about a meter wide, keep the sun out in summer but let it in during winter, warming up the polished concrete floor.

The power system consists of three photovoltaic arrays totalling about 40 square meters, feeding via an inverter into six batteries, about the size of truck batteries.

Gwenna says the whole electrical system cost about $30,000 eight years ago. It would likely be cheaper now. 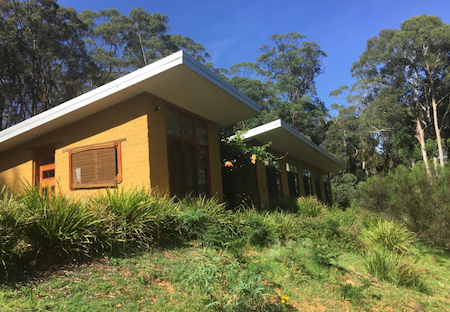 There is a stand-by diesel generator. It has never been fired up.

The back-up is ingenious: A wood stove in the kitchen doubles as a cooking stove and room heater and also drives the central heating for the alpine winters, a network of pipes and radiators throughout the house.

There is a second wood heater in the living room.

The water system, too, has a back-up: A pump and hose from a near-by creek, but it is rarely needed.

In The Centre, with its lower rainfall (286 mm average in Alice Springs), a bore would be a useful back-up.

As for Gwenna’s picturesque home, the water supply and electricity are adequate to also supply an Airbnb cottage, as well as her ceramic studio. 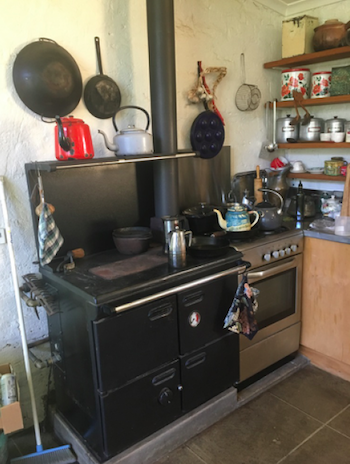 Even the dunny has had a lot of thought put into it: It is a waterless composting system, to be used only for number twos, which over time decompose.

Odours are managed with rubber seals glued to the lid and expelled from the drop-pit through a black vertical pipe which heats up in the sun, making the air inside rise and escape at the top.

We have all seen these VIP (ventilated improved pit) toilets in Central Australian national parks, a system developed by the Centre for Appropriate Technology in Alice Springs.

As for number ones, well, there are a lot of bushes all around the place! 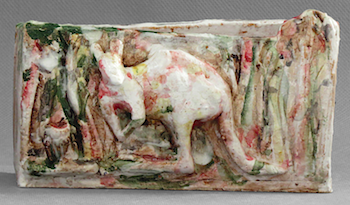 ABOVE and BELOW: Creations by Gwenna. 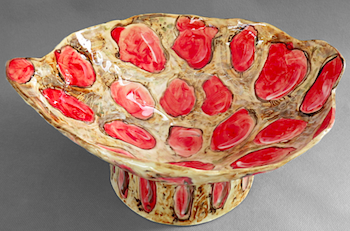 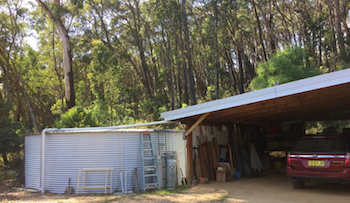 ABOVE: The main water tank. BELOW: The sealed lid is part of the VIP toilet. 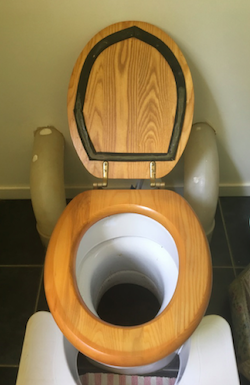