Another notch putting The Rock ahead of Alice 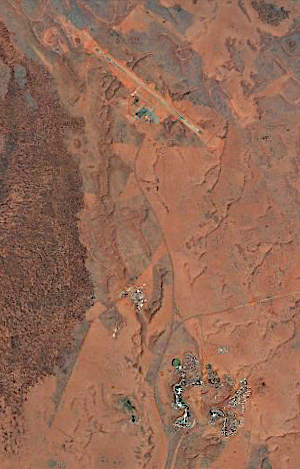 Voyages Indigenous Tourism Australia, the operator of Ayers Rock Resort, has been approved for a $27.5m loan from the Northern Australia Infrastructure Facility (NAIF) to upgrade runway facilities at the Connellan Airport.

A media release from NAIF says the loan will extend the runway’s useful life, taxiway and apron, and provide runway lighting supporting future night flights, along with contractor accommodation.

“It will provide new opportunities for Indigenous employment and businesses and complements existing loans including with ANZ and the Commonwealth Government,” NAIF CEO Laurie Walker says.

“The runway upgrade is forecast to generate economic benefits for the wider community of $370 million over 20 years and support for up to 320 full time equivalent jobs.

“Voyages aims to continue to increase the number of Indigenous employees, building on the current 40% Indigenous workforce. Voyages has 100 Indigenous Australians start at its training academy every year and recruits many more.

“The project has a target of sourcing 3% to 5% of goods from companies that are 50% or more Indigenous owned,” Ms Walker says.

“It will also support police and emergency services, which use it as a key operating facility, giving families continued access to specialist healthcare.

“The Royal Flying Doctor Service can continue to operate via the airport, and the community won’t need to make the alternative 10-hour round trip to Alice Springs,” she said.

Voyages chairman Rick Allert says visitor numbers last year were over 360,000, including both domestic and international passengers, “and the numbers are growing each year”.

The Connellan airport currently has pilot-activated “low level lighting” for night landings an take-offs. The loan will be used (in part) to update cabling and transformers and to install LED lights.

NAIF has also “conditionally approved” a $150m loan to Northern Territory Airports Pty Ltd to fund infrastructure works including the construction of a cold storage and export hub at Darwin International Airport, upgrades at the Alice Springs Airport, solar energy farms and an off-site multi-user battery across the two airports’ sites.

A spokeswoman for NAIF says a Conditional Approval “provides a level of confidence to a proponent as to the terms on which NAIF may finance its project. For instance, it can be provided where a proponent has met most but not all of the requirements for the board to make a formal investment decision under the NAIF Investment Mandate, including satisfaction of mandatory criteria. The nature of conditions will vary from project to project.”