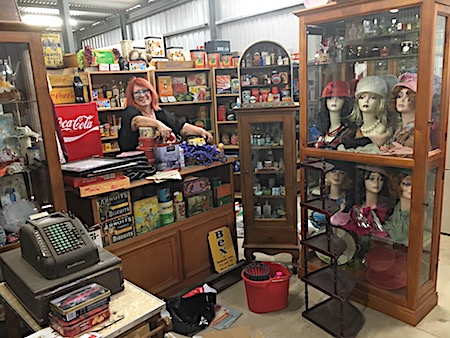 While the NT Government flounders with its proposed National Aboriginal Art Gallery, it continues to strangle with Red Tape an iconic institution that has been putting Alice on the map for decades, brings thousands of visitors into town, earns just under $2m year after year, is run mostly by volunteers and doesn’t cost the taxpayer a cent.

Actually, that’s not quite true: The public pays for the public “servants” who have been incapable, for years, of fixing some insignificant administrative details.

The result is that this great local asset is scaling back, key people have left town, displays (privately owned) have been moved interstate,  Territory registration for the organisation has been found to be unworkable and registration outside the NT – possibly Federal, as a public company by limited guarantee – is being contemplated, and a string of towns around Australia are poised to take it over. We are talking about the National Road Transport Hall of Fame.

Things were starting to look bright in February but in fact the sticking points remain: The Territory’s Associations Act requires the AGM to be held in the Territory. This is not a workable option because the board members are spread around the country (as would be the gallery’s) and include trucking moguls running very demanding businesses. 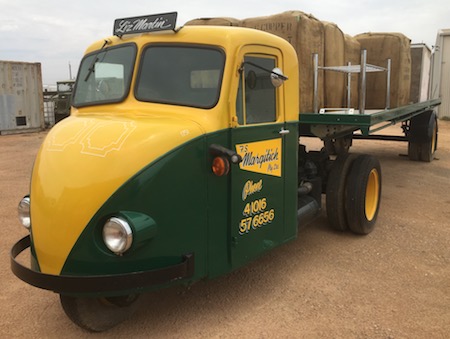 And secondly, an accounting firm, some years ago, lost financial records, as we have reported.

There is not a hint of dishonesty nor incompetence within the organisation – so what is the problem?

“We don’t want any money from the government,” says an insider. “Why don’t they just give us a fine and leave us alone?”

The Alice Springs News Online has learned from a source that Liz Martin (pictured at top), the driving force behind the Hall for decades, and Sherrill Ives travelled to Darwin last month for a meeting with a government minister. It was cancelled at the last minute.

For three days the two women made several phone calls seeking a meeting. The government did not afford them that courtesy.

This is how the NT Government is doing business with people providing a key attraction for the tourism industry, which Michael Gunner professes to be boundless possible turbocharging: The News sought comment directly from Ms Martin, who informed us that she is under a court injunction until February, prohibiting her from saying anything about her dealings with the government.

So, here is the state of play.

Ms Martin has moved to Port Pirie where she and her partner, David Kent, a long-time member of the Hall board, are setting up a display inspired by the Hall. They have started pulling out from the Hall exhibits which they own, including three trucks (pictured).

Ms Martin is nonetheless preparing the truckies’ reunions at the Hall in Alice Springs next year and in 2020. 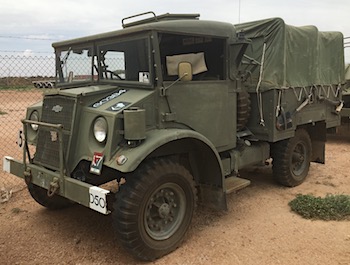 “We expect the same numbers in 2020,” says Ms Martin. However, “fundraising has stopped” as the turmoil continues.

Trouble is, permits such as for food health (the Bush Kitchen), liquor licenses and crowd control are in the hands of the overtly hostile NT Government.

According to a Hall insider, vital sponsorship deals with vehicle and oil companies need to be put into place right now, but some fundamental official permissions remain under a cloud.

There is no shortage of contenders for the National Hall.  Two are in the lead: A major car museum is under construction in Shepparton and Broken Hill is working on an attraction billed as Machinery, Minerals and Mining.

Local governments are bending over backwards to assist and encourage, says Ms Martin.

There are 300 motor museums in Australia, and a register from which tourists can pick and choose is available.

Ms Martin is in the loop of a group proposing a “trail” of  Halls of Fame across Australia – the Stockman’s Hall of Fame in Longreach, the Road Transport Hall in Alice, explorers in Laverton and miners in Kalgoorlie.

The Hall in Alice Springs depends on a stable, functioning administration, in cooperation with the government.

About half of the 300 vehicles on display are privately owned and can be pulled out at a moment’s notice.

Some exhibits are on loan from other museums – as the Hall participates in exchanges around the nation. 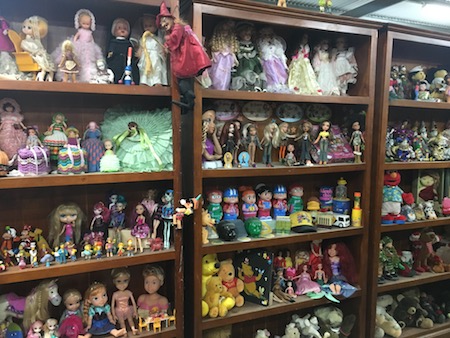 The government’s bungled dealing with that other “national” project does not bode well.

Ms Martin says she is a descendant of three generations of collectors.

What part of “no” does Mr Gunner not understand?

The nine elected members of the Town Council have unanimously declined the surrender of the Anzac Oval to the gallery project. These people are democratic representatives of the town. Clearly, Mr Gunner now has to look elsewhere for a place for his gallery and there are least two that are eminently suitable: The Desert Park and the Ron Street land.