Home Issue 8 How much of our relationship with Aborigines is hypocrisy?
Issue 8Volume 25

How much of our relationship with Aborigines is hypocrisy? 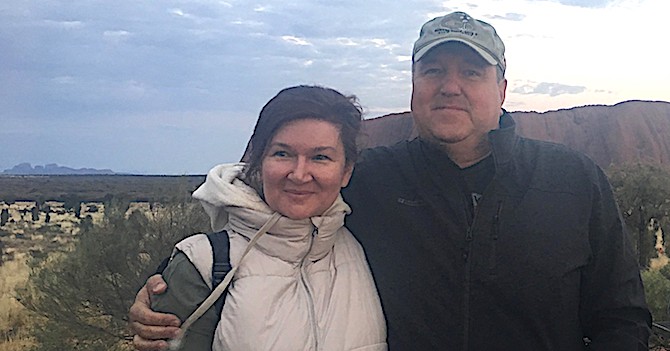 Renata Baranska and Jakub Baranski at The Rock

Sir – Last January we decided to visit Alice Springs, this autumn we did.

Now the holiday is gone, however there is something which I cannot forget so I’ve decided to share my thoughts with you.

To understand what I am on about I just mention that we drove from Darwin to Adelaide through Mereenie Loop, Uluru and Oodnadatta track, then to Melbourne, Canberra and finally Sydney.

What strikes me most is the relationship towards Aboriginal people. The hypocrisy is nauseating.

Obviously the places we did see Aboriginal people are Tennant Creek, Alice Springs and remote settlements in the Red Centre. Nowhere else.

But wherever else we went we were up for the lecture about how Australia respects and looks after its Indigenous population.

Our tour guides in Adelaide, Melbourne, Sydney and Canberra all started their respective tours with a speech about values and concerns put towards Aboriginal people.

The Parliament guide in Canberra spent a good part of his introduction speech on the same subject.
The same goes for museums. Every one we visited had some exposition about the subject to the point where it became embarrassing.

I do understand why there is an Aboriginal section in the Australian Museum in Canberra. I might understand same could apply to the Immigration Museum in Melbourne but the Maritime Museum in Sydney, really?

I see no point in having a dugout canoe in between a destroyer, submarine and modern machinery unless someone wanted to make deliberate joke.

To sum up, seeing settlements such as Finke or Hermannsburg, not to mention Alice Springs after dark, and then listening to the hymns of how Australia looks after its First Nation people gives one some contradictory feelings, to say at least.

Of course as a foreigner and tourist I am not criticizing or complaining in any way. I am just presenting my observations which may be shallow and incorrect.

However, as mentioned before, I did read magazines for a few months and somehow became interested in the place, and people, and problems.