Everyone who wants to make a contribution to thinking about and working with troubled young people in our town should make the effort to see the film Backtrack Boys.

One reason is that it will leave you hopeful.

Another is that it will persuade you that ‘fixes’ are not quick; they come with an unconditional commitment to the worth and future of each individual, no matter how many challenges and disappointments are encountered along the way. Once a young person comes through the door, Backtrack never closes it on them.

Through a remarkable two-year engagement with her subject, film-maker Catherine Scott allows viewers to get to know the boys over time, three in particular, Tyson, Zac and Russell. Each emerges as a person, impressively so. They’re lively, funny, savvy in many ways, but fragile too, frustrating, yet so full of potential, so able to respond and develop (though the path is never straight), to choose a different way for themselves, away from the violence, drugs, trouble with the law, that they have all already experienced … given the chance. 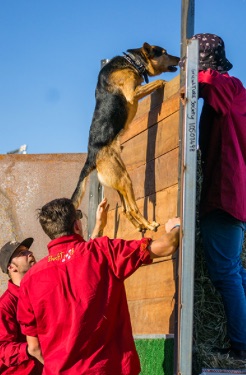 It’s hard to define exactly what the ‘chance’ entails. All of the boys whose stories we get to hear,  not only the core three, have difficult and / or absent parents, fathers in particular. At this point in their lives that’s not something that is likely to change: one of the film’s saddest moments is when we see one of the boys express the hope that his drug-addicted father will get clean, get out of gaol and come back to a life with his family; he knows there is no chance of this happening. Another is when we see Russell’s father, who loves his son, come to the realisation – searingly honest and brave on camera – that he simply hasn’t known, doesn’t know how to be a good father for him.

Filling in some of that lack is part of what BackTrack Youth Works, the program (based in Armidale), does.

That means providing some degree of physical security and safety – food, a bed – but with a sense of home to it. Not institutional, not rule- and routine-bound, but not anarchy either. Degrees of expectation and guidance matched by support, times of challenge and excitement, and then quiet times, for talking, reflecting, being listened to, one on one, or as a group around a campfire.

The way a campfire is conducive to the boys opening up is just one of the sound intuitions of the program’s founder, Bernie Shakeshaft. Another is for the boys to work with dogs. As he tells us early in the film, one day he had a litter of mongrel pups, tipped them out, then watched the transformation of his bunch of wild young fellas as they held the pups in their laps.

He teaches them to train the dogs and in the process they train themselves: for the dogs to be calm, they must calm themselves. If they are feeling anxious then so will the dogs, so they must deal with that anxiety, try to understand where it comes from, in other words they must get to know themselves.

This is some of the sense of ‘backtracking’, a concept Bernie, as all the boys call him, took from Warumungu trackers when he worked with them as a wild young fella himself: in tracking wild animals the focus can’t all be forward, you have to understand what has gone on before – backtrack.

Bernie works with what is to hand. The rural culture of central New South Wales, for one. It offers the opportunity of country shows where the boys can compete, an exuberant yet disciplined team, with their red country shirts and high-jumping dogs.

He makes the most of individuals who want to lend a hard – making meals with the boys, for example, helping them to deal with the tasks of daily life, like ironing a shirt to go to a job interview. These relationships also help develop a sense of home or community for the boys, offering them a variety of social experience.

Bernie takes the chances that come their way, despite the difficulties in meeting them: like the logistics of getting them all to Sydney, not to mention the pouring rain that drenches boys and dogs when they visit the NSW Parliament and Government House. The scenes at Government House in particular are wonderful. The boys remain themselves, not over-awed; they’re cheeky and funny but also open to the people they meet from that so very different world. In turn, those people are touched by them, deeply so.

The documentary is observational. There’s no narration, no conclusions drawn for you. It is open to you to ponder on what this encounter might mean in the longer term on both sides: a shift in perceptions of one another, at the very least, a humanising where before there was ignorance. That’s an achievement of the film overall: its success (multiple awards and nominations, rave reviews and testimonials) will send an affirming message to the boys; and viewers, having been moved, leave more deeply informed – not about problems and solutions, but about people, about their need and capacity for love, and for learning.

It’s in some subtle mixture of both these things that the boys find the wherewithal for change.

Bernie has a tremendous capacity for love, great intuition and understanding of how to play to people’s strengths, and astonishing perseverance. None will test it as greatly as young Russell (“Rusty”), as wild and cheeky, as troublesome yet endearing and funny as they come. There are some great scenes between him and Bernie caught on camera, where you see Bernie drawing out Russell’s capacity for self-reflection, the pre-cursor to change.

But as important as Bernie’s foundational role and personal involvement has been and continues to be, the film shows that it is not all about him. His fellow youth worker, Paul, for example, is also closely involved with Russell; as is volunteer Francesca too and Zac, who takes Russell under his wing.

On this point, Tyson’s story is also interesting as, for much of the film, he is at a remove from Backtrack, inside juvie. A very powerful scene – the kind that makes you wonder, how did the film-maker manage to be there and capture that moment – is a conversation through their cell doors between Tyson and another detained young man against a backdrop of terrible screaming, of rage and fear, coming from a cell down the corridor. Tyson comments on it and the other young man reminds him, that was what he was like, not so long ago.

Tyson has reached crunch time. He doesn’t want to continue on this spiral of crime and detention. There are some strengths he can draw on: some of the Backtrack experience, no doubt, but also the loyalty and love of his girlfriend, the consistent interest and compassion of one of the youth justice officers (who has seen him come in and out so often that he feels towards him like a cousin), the apparently constructive, humanistic approach of this facility: his cell is more like a bedroom, light-filled with a view to the outdoors, personalised by his belongings; he gets to work with and care for a dog. (Hello, Territory Families.) 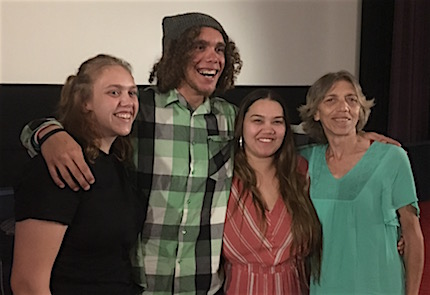 When Tyson is released, you just hope he’ll catch a break, not have his resolve tested too greatly or early by whatever unexpected challenges or hurts, before he has time to consolidate all that he has learned about himself. We see these trajectories with the other main characters, Russell (“Rusty”) and Zac. They’ve both got a lot going for them but are carrying fragilities rooted in old traumas that are readily touched off. Both get into trouble with the law in the course of the film and Zac actually gets sent to adult prison.

This is devastating for his Backtrack family, especially Bernie and little Russell for whom he has been a mentor.  At this point, we’ve seen enough of Zac’s capacities – especially in the classroom where he works alongside the teacher, getting the boys to engage with their work – to seriously question what possible good could come from locking him up, especially in an adult gaol. Of course, he has to make reparations for his crime, but there’s got to be another way.

Fortunately, he gets early release (we’re not told how) and at last Saturday’s screening, was in Alice Springs in person to present the film. He was born and raised here to the age of 12 and his mother Connie Craig and other family members (pictured above left) were in the audience, seeing the film for the first time and learning things about Zac’s experience that they didn’t know. At the end of the film, he took questions from the audience: we got to see in the flesh his resilience, his sense of humour, his ability to articulate, his commitment to other young people experiencing hard times.

Alongside the film, you couldn’t get a better testimonial for the achievements of Bernie Shakeshaft and BackTrack Youth Works.  And for the strength of the human spirit.


Note: There’s a scheduled local screening of the film at Araluen on 26 November. It’s possible to also host screenings, for instance at your workplace.