Home Issue 7 Wet spring for The Centre – but it's hot!
Issue 7Issue 8UncategorizedVolume 25

Wet spring for The Centre – but it's hot! 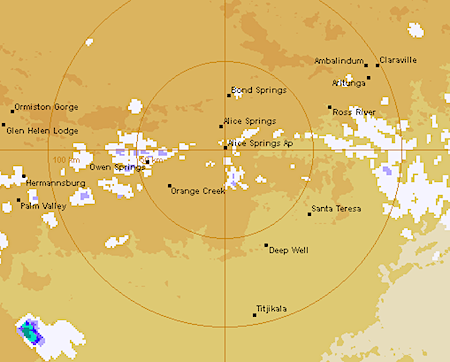 After a very dry winter, rainfall across the southwest of the Territory for the first two months of spring is the second-highest since the very wet spring of 2011, according to the Met Bureau.

There were widespread rainfall totals of between 10 and 20mm for most parts of the Lasseter district this weekend, with higher totals in some locations from passing thunderstorms.

Southern parts of the Simpson had around 5-10mm, with Alice Springs recording 3.2mm this weekend.

There’s a slight chance of showers and storms in the south for the rest of this week as troughs move through central and southern areas of the Territory, and there is a good chance there will be more significant rainfall across the southern districts again this weekend, says the bureau.

Temperatures have been much hotter than average for central districts of the NT with Tennant Creek reaching 41.9°C on Saturday, the hottest October day on record (previously 41.6°C in 1987).

The recent rainfall has led to below average daytime temperatures in the Red Centre – but temperatures are expected to reach at least 40°C later this week.

IMAGE from Bureau of Metereology, cloud and rain at 4.45pm Monday. Alice Springs airport in the middle; Glen Helen in the west.