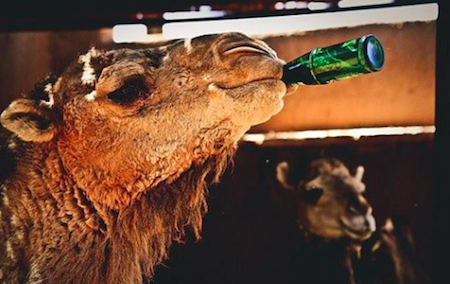 Sir – After 20 years of continuous involvement in the successful and incident free running of the Masters Games opening and closing ceremony bars, the Apex Club of Central Australia has been left with no choice but to make the decision to withdraw from this year’s games.

PHOTO: The Club has for many years been running the iconic Camel Cup in Alice Springs as a service project.

We were told by Licensing NT that in order to share the bars with the Alice Springs Golf Club, a fence would need to be erected down the middle of the opening and closing ceremony.

The only other option provided was for either club to take on both bars under one license and face major penalties in the case of a breach being identified – even if the offence was not committed by their club.

Despite the best efforts of the Masters Games organisers a solution to this matter has not been found and Apex has now been “fenced out” of the games by bureaucratic nonsense.

With all of this taken into account we have made this difficult decision, which was reinforced with the recent announcement that possibly only light and mid-strength beer would be sold at the events.

This decision, in our view, would make the bars unviable and also expose volunteers to unpleasant situations, where patrons direct anger surrounding this decision at bar staff.

Apex will look forward to revisiting the prospect of doing the bars again when the expression of interest is released for the Master Games in 2020.