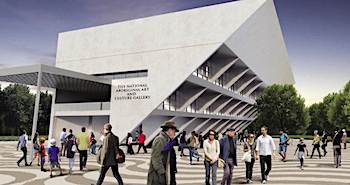 A $60m allocation, claimed by the Advertiser newspaper to be in tomorrow’s South Australian budget for a “world-leading Aboriginal art gallery,” is likely to turn a similar project in Alice Springs into a missed opportunity, says NT Opposition Leader Gary Higgins.

SA Premier Steven Marshall is reported to also be setting aside “$200,000 for a study to define the project’s scope and overall vision in consultation with communities, the SA Museum and Art Gallery.

“Before the election, Mr Marshall indicated the gallery could start construction before 2022.”

Says Mr Higgins: “This debacle begs the question what Labor has actually achieved since coming to government given they only recently went to tender for a business case. [Although it would also seem that the SA Government has not undertaken a business case ahead of its budget allocation.]

“The National Indigenous Art Gallery should be Alice Springs, not in South Australia. 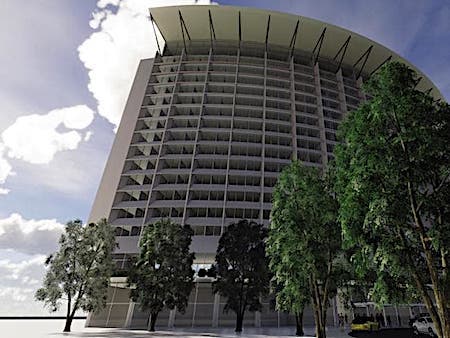 “It is becoming abundantly clear that the Northern Territory will not be home to the National Indigenous Art Gallery and Labor will not deliver the finished product in this term.

“The Territory Opposition has always maintained support for the proposed Gallery, however notes that the government has failed to consult with the community in relation to the site on which the gallery will be built,” says Mr Higgins.

The Advertiser reports Mr Martin is expected to release further money in future Budgets, given the gallery’s completion would likely occur after the four years covered in Tuesday’s books.

A high-end hotel is also proposed for the old Royal Adelaide Hospital site (drawing above right).

IMAGES from the Adelaide Advertiser.