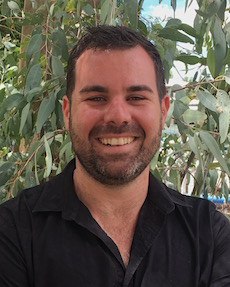 There isn’t enough industrial land for the intermittent storage of hundred-plus dongas.

That was the reasoning by Tony Smith of NT Link for using, without government approval, a rural block he had bought at Ilparpa, much to the chagrin of nearby residents.

Mr Smith’s application for a transport terminal there was subsequently rejected by the Development Consent Authority.

During its public hearing the MLA of Namatjira, Chansey Paech (pictured), vehemently argued that both at Brewer Estate and at the airport there is ample land for Mr Smith’s industrial purposes.

We sought details from the Department of Infrastructure, Planning and Logistics and received the following reply:-

There is about 430 hectares of available land at Brewer Estate.

Would that be suitable for NT Link, we asked.

Brewer Estate is zoned Specific Use, to facilitate the use and development of land primarily for industrial purposes that need to be isolated from other urban uses.

Any use or development of the land requires consent.

An application for development within Brewer Estate would be considered on its merits in addressing the relevant provisions of the Northern Territory  Planning Act and NT Planning Scheme, the department said.

What other land for NT Link’s type of use is available in Alice Springs, we asked.

NT Airports has identified industrial land at the Alice Springs Airport on Commonwealth land. There are also industrial lots on the private market that are appropriately zoned.

We asked: If someone wants to use airport land (privately owned), what kind of involvement or requirements would the NT government have?

The answer is: Commonwealth land is not subject to Northern Territory planning and building controls.