No 'mitigation' of major dust hazard for road users 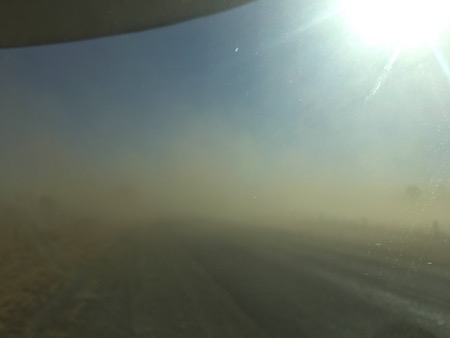 May Taylor, Director Regions Transport Services & Safety Alice Springs in the Department of Infrastructure, Planning and Logistics seems to have no idea what is going on south of the new suburb, Kilgariff, where about a square kilometre of land has been utterly denuded of grasses, shrubs and trees.

She issued a “Kilgariff stakeholder fact sheet” on July 26 – one and a half weeks ago – that the NT Government is “delivering construction of an extension of the main Kilgariff storm water drain” and work would begin on July 30.

In fact the destruction of the landscape was already well under way in May when we reported concerns of the Arid Lands Environment Committee, and published photographs of the works.

Ms Taylor says in her sheet: “Works are expected to generate minor dust and noise during the constructon period, and appropriate mitgations will be in place.”

The “minor dust” yesterday afternoon was so dense that visibility for drivers on Colonel Rose Drive was down to a few meters, creating a major traffic threat. There was no evidence of “appropriate mitigation”.

Ms Taylor explains: “These works will extend the [Kilgariff] drain alongside the Stuart Highway and Colonel Rose Drive. Construction of this secton will prevent pooling and allow the storm water to flow and discharge at an appropriate location across Colonel Rose Drive.” 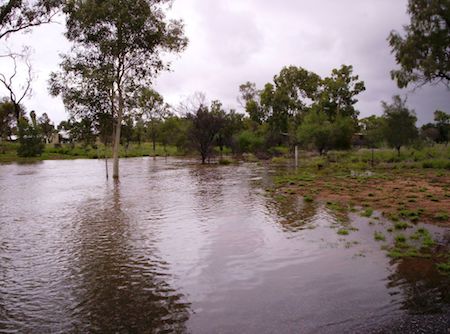 If this ecological vandalism has as its objective the control of water flow across Colonel Rose Drive, then it is a complete waste of time: At no time in the past 40 years, except for a day or so in the peak flood year of 1988, has there been a problem.

Quite clearly, that will re-occur at huge rainfall events because the water is apparently still directed across the road, not under it.

The work, according to Ms Taylor’s notice, will continue till the end of this month.

The Department of Infrastructure, Planning and Logistics said it would not comment.

Life-long resident of the area and historian, Alex Nelson, writes:-

I’ve selected some photos that I think serve to illustrate how totally over the top the drainage channel work is on the corner of Colonel Rose Drive and the south Stuart Highway.

In short, that corner doesn’t flood; and as for St Mary’s Creek, it barely – and rarely – manages to flow as far as Colonel Rose Drive and hasn’t ever posed a significant flood problem in that vicinity; for example, in March 2010 the water over the road was a shallow sheet that didn’t impede traffic at all. 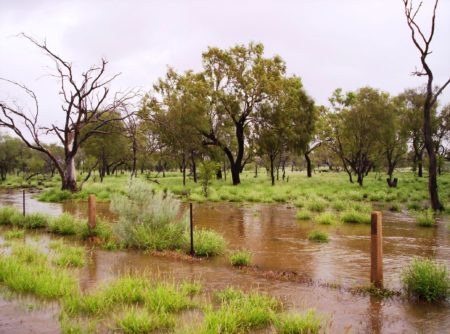 I don’t know if it did so in either 2000 or 2001, which were both very wet years. In short, they are very rare and short-lived events.

In my opinion, the drainage works currently underway is a major waste of taxpayers’ funds and, frankly, a scandal. It’s just so ridiculous and absurd. 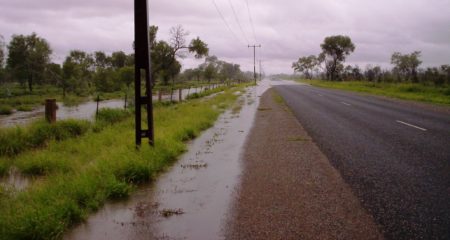