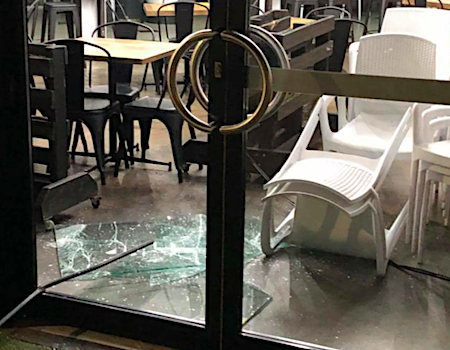 On top of Anzac Hill, on Monday, the Aboriginal flag was flying after 30 years of campaigning for the Town Council to allow this: Everybody who’s anybody in the town’s Aboriginal establishment was there – with the notable exception of Jacinta Price, the Celtic-Warlpiri councillor and CLP candidate for Lingiari, who on council resolutely opposed the policy.

Right: Broken door at Wicked Kneads in the Alice Plaza.

At the foot of Anzac Hill, in the CBD, just a few hours later, a horde of Aboriginal children, very much outside the Aboriginal establishment, were trashing shops and a car, stealing, and pushing over trees planted in protective cages, as well as breaking into a bar in search of alcohol and entering another business through an airconditioning shaft.

Equally disturbing was the way authorities and politicians dealt with the melee.

It seemed as though nothing had happened as far as the police and government figures were concerned: It took the police almost all day Tuesday to make a lame media release, and there is complete silence from the politicians, including Chief Minister Michael Gunner and Families Minister Dale Wakefield, who was on top of the hill, but apparently not at the bottom. 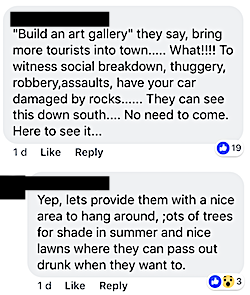 Meanwhile a torrent of abuse, some of it violent and racist, was unleashed on an Alice Springs Facebook site claiming to have 13,000 members and describing itself as “open” (see posts).

The Alice Springs News Online heard about the fracas from a reader who sent a comment to our report about the flag festivities. We published it at 8.07am on Tuesday, attached to the flag raising story the day before.

The reader, under a pseudonym, wrote: “I like the idea of it flying over NAIDOC week … what I don’t like is the fact that at night a gang of Indigenous youths went through the mall smashing windows and damaging trees and other items.
“It would be good if we saw a reduction in crime over the week instead of celebrating it with more crime. However crime has become part of the culture of this town and will never change.”

After ringing the number of the police media section in Alice Springs and no-one answering it, I emailed police media in Darwin at 8.29am, to corroborate the reader’s report: “Were the windows smashed overnight in Todd Mall or elsewhere in the CBD?”

PFES Media: “Are you able to provide some more information about your query?” 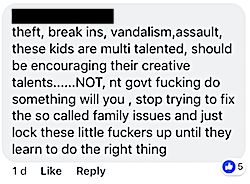 At 11:01am and 11:35am I made follow-up calls to the media person in Darwin, who seemed genuinely interested in providing the information but simply had not been given it.

During the afternoon I spoke with a senior officer in Darwin twice, following which a release was made, at 4.55pm.

It chided the public for not informing the police and suggesting some were being careless with their security arrangements: “It’s important that members of our community report incidents involving property crime or anti-social behaviour.” 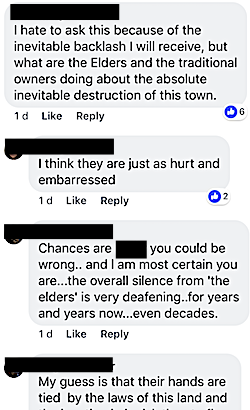 “A number of unlawful entries in the same area were reported to Police overnight … in some instances the alleged offenders smashed glass to gain entry to the property before stealing a number of items.

“We’ve been told that electronic items, cash and vehicle keys were stolen during these incidents.

“We’d encourage people to ensure security alarms are working or switched on and to make sure they don’t leave their properties unlocked,” says the release.

“Police are following a number of lines of enquiry, including speaking to several persons of interest and reviewing CCTV footage. 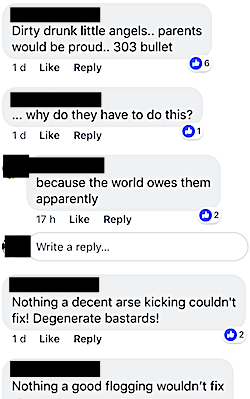 “These incidents are frustrating for our whole community. It’s important to remember that they are caused by a very small minority of people within or who are visitors to the area.

“Police are working in partnership with other government agencies and youth service providers to engage with young people [who] are participating in antisocial behaviour or committing offences.

“We’re in contact with their families to identify support services and strategies to assist those youths in making better choices and divert them to more positive activities.”

The release says: “Officers from Strike Force Winx” – a name which appears to come straight from a comic book –  is engaged in “Operation Dawson” and will continue “to reduce anti-social behaviour and property offences in Alice Springs”. 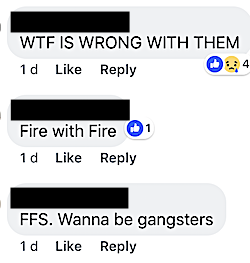 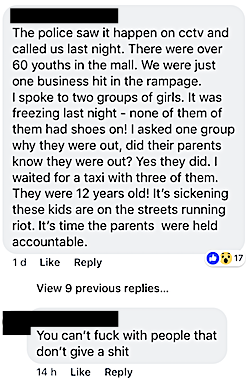 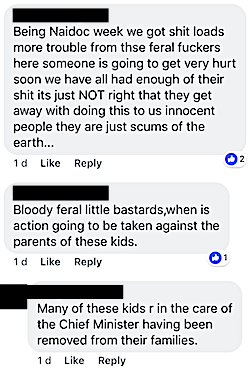 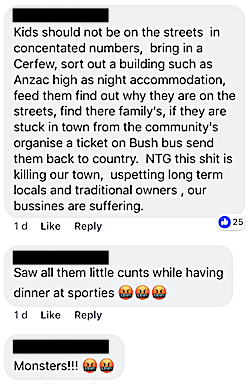 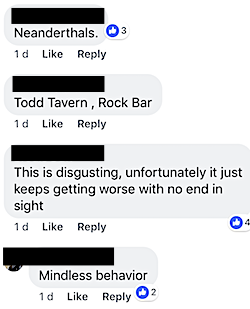 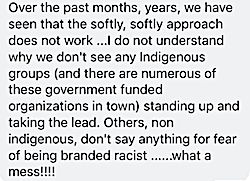 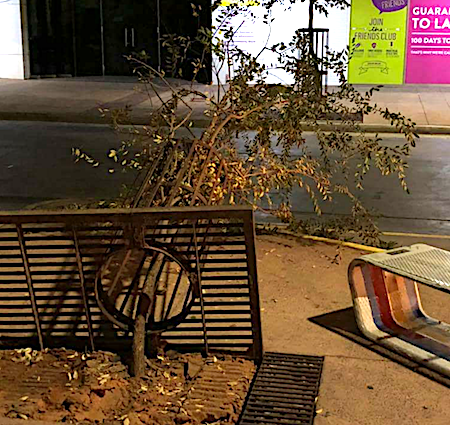