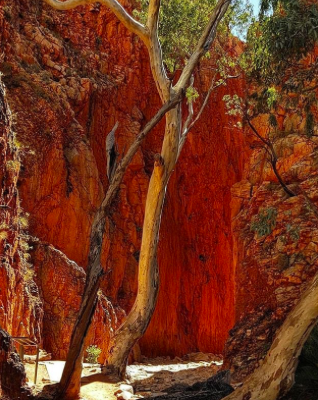 Tourism in Australia is going gangbusters with 6% growth average across all states. But in the Territory it’s half that, 3%, with serious dips in the last couple of years.

These are attributed to the winding up of the INPEX construction work in Darwin: Fewer people to “do” the sites on days off, fewer relatives visiting, as suggested at the Roadshow of Tourism NT (TNT).

In his presentation to about 80 local operators yesterday, Tony Quarmby, TNT’s General Manager of Marketing, said surveys of “detractors” had shown a growing number of people are telling friends and family not to go to the Territory. They, plus those who didn’t care, are substantially outnumbering those who recommend the NT as a holiday destination.

The organisation is also grappling with the massive influence of social media on promotion, and appears to be out of touch with the two major current issues in Alice Springs: crime and the proposed National Indigenous Art Gallery, although both have / could have a key influence on TNT’s very objective – bringing visitors to town.

When people in the audience pointed this out to Mr Quarmby he conceded the issues needed to be researched.

Last time we compared TNT with its Queensland counterpart, the promoters of the NT were receiving 12 times the amount of funding, based on the respective population numbers.

However, it is clear that comparisons would be more difficult now: The Department of Tourism and Culture was formed in 2016, amalgamating TNT, Major Events,  Parks and Wildlife, Arts and Museums, Sport and Recreation and the Heritage Branch.

Andrew Hopper (pictured), Acting Deputy CEO of the department, offered to provide comparisons of tourist commission funding in other states when we spoke with him after the address by Mr Quarmby.

Mr Hopper says TNT needs to “get a deeper understanding what those detractors are saying” in the Territory’s quest to catch up with the 6% national average of growth: “That’s our challenge. That’s what we’re aiming for. We are below the average. Some jurisdictions are higher, 9% plus.”

Mr Quarmby presented astonishing figures about the social medium Trip Advisor: In the past 12 months it provided online information and comments about local tourism businesses to 334,000 people, compared to 42,000 on the TNT website.

Trip Advisor, used by millions of tourists the world over, functions largely automatically, with comments from customers. It ranks businesses according to the number of comments combined with a star allocation, from one to five.

The Kangaroo Sanctuary in Alice Springs is rated number one (picture at top) in the NT and number 10 in Australia, frequently outgunning some major attractions such as Uluru. 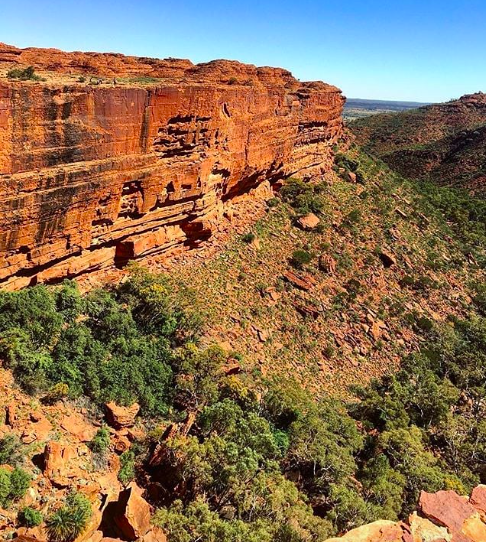 The businesses provide basic information about themselves to Trip Advisor and get a link to their website. Chris “Brolga” Barns says his Kangaroo Sanctuary has 1.25 million followers on Instagram and Facebook.

Businesses manage their own Trip Advisor and social media, without needing involvement of TNT, says Mr Barns, and “TNT  often share our posts on their Instagram and Facebook in Australia and around the world”.

It is clear that the availability of this form of promotion confronts TNT with immense challenges, similar to those faced by the print and electronic media whose advertising has migrated to social media.

That raises questions about the need for some sections of TNT, and opportunities for reviewing its funding.

Mr Hopper says Trip Advisor “is a wonderful partner. They have an enormous reach. We’ll continue to work with them.

“The content needs to come from somewhere. They are an aggregator, pulling together all the information into one spot. They will always draw a lot of interest, from anyone wanting to travel anywhere.”

Mr Hopper says there are a number of other websites “where people also go. We need as many channels as possible”.

These sites range from high volume platforms to the web presence of small operators.

“I certainly think there is a place for a tourist commission. Seeing what’s happening around the world, it would be a little bit nonsensical to not have one.

“What we need to do is change with the market”, finding the balance between digital and traditional marketing. Other jurisdictions also have a “multi faceted approach,” he says.

“This is not our area of responsibility and it would not be appropriate for me to talk about it,” Mr Hopper said when asked about the impact on tourism of the town’s crime rate. “Crime in any community is a challenge.” 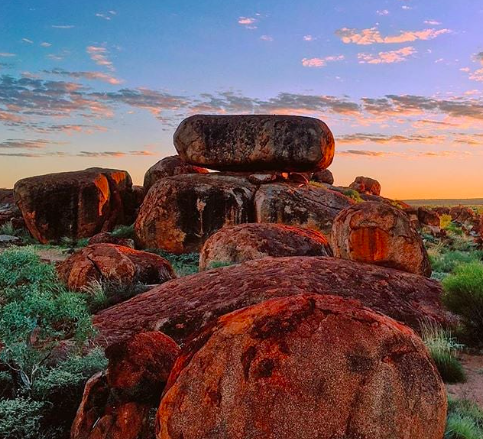 But pressed to comment he said: “What we heard in there (from the industry people attending the Roundup) was that we’re looking to do more research to understand what the impacts are on the dissenters. Until we do that research I can’t comment.”

Asked about the controversial art gallery proposal, Mr Hopper said “that’s being managed through another area” although until the still unexplained take-over by MLA for Braitling Dale Wakefield, the project was very much the responsibility of his department (Tourism and Culture).

NEWS: What is the demand for such an art gallery? How many people would come, and how much would they spend? It was mentioned by Mr Quarmby that it would be a major attraction for Alice Springs. Yet it seems there are no estimates about its costs and benefits. Surely there are experts around the world who could give an opinion.

HOPPER: What we do know is that engaging with art galleries, museums, cultural centres, or locations to promote culture are well thought of. We do have some figures on that – I don’t have them in front of me now. We do know they resonate with people. There is a range of national information on visitor spend but the reality is that all gets averaged out.

NEWS: How many people would come to see the National Indigenous Art Gallery in Alice Springs and how much money would they spend? Are those figures available?

HOPPER: I don’t have them. Others may. We have been asked whether there is interest by consumers in cultural offerings, whether that be an art gallery or a museum or any of such things. What we know is the consumers are interested in them. We know they can be a reason to come to a location, and more importantly, for staying longer.

NEWS: Can you put figures on it?

HOPPER: Right now we have a concept, so I don’t have the figures on hand, in front of me.

NEWS: But you do have them?

We have invited Mr Hopper to provide those figures to us.

We also asked him to comment on the Explorers Way, essentially the Stuart Highway from Port Augusta to Darwin, pointing out the shortage of actual attractions, the dearth of camping areas and used toilet paper taken aloft in the breeze, despite much fanfare when the “attraction” was started by the previous NT government and continued by the current.

Mr Hopper offered to provide an update tomorrow. A spokesperson for the department says the purpose of the Roadshow was to inform operators in Alice Springs about the marketing strategy for 2018-19.

Facebook
Twitter
Pinterest
WhatsApp
Previous articleDesert town in springtime: new look festival
Next articleNo youth hub at Newland, but it's not the end of the story