Pack of girls attacked me, says Chinese on working holiday 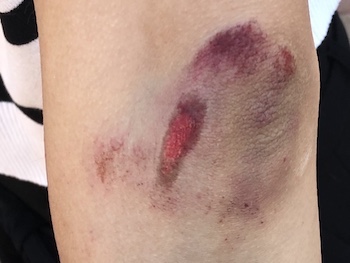 It was her first shift at Maccas. She started at 10pm and the shift ended at 2am on Sunday.

When she left she discovered her bike had been stolen, so she set out on foot to the home of a friend in the Old Eastside, where she is staying.

In front of the Todd Tavern she was set upon by eight or nine girls who pulled her hair, punched her, threw her to the ground and kicked her.

She ran into the causeway where the attack continued.

She was hanging on to her handbag which contained her most important possessions – IDs, credit card, mobile phone, passport: “I was using my life to defend it,” she says.

“Give me money. Give me the bag, the girls screamed,” she says.

In her police interview later she described the girls as “Aboriginal teens”.

“One girl was tall, much bigger than I.”

“I was crying on the ground. I was begging them to stop … please stop, please stop.

“I was at the end of my strength” when a taxi pulled up, managed to stop the attack, and take her to her home. She still had the bag.

“I got home at 3am. Dragging the exhausted body to bed. I couldn’t fall into sleep at all. My heart was beating so fast. With tears falling off my cheek.” 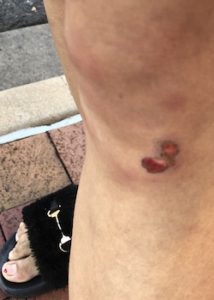 She is 23 years old, from south-eastern China, a graduate, visiting Australia on a holiday visa.

She’d been in town for three weeks and was going to stay for a month or two.

Now she doesn’t know. But she is speaking out to warn others.

Meanwhile police say at around 1:15am on Saturday a 22 year old man and 19 year old woman were walking on Bath Street, in the CBD, when they were allegedly confronted by two male youths.

A further 10 to 12 unknown persons appeared and allegedly demanded and took money before assaulting the man and stealing the woman’s mobile phone.

The group ran off when they were interrupted by Night Patrol.

A McDonald’s spokesperson has provided the following statement: “We are deeply shocked by this incident and our foremost concern is for our team member. As this is an ongoing investigation, all questions should be directed to the police.”

We have received no reply these follow-up questions:

• Was the staff member warned about the risk a woman walking on her own at 2am in the streets of Alice Springs would face?

• Was she offered a lift home?

• In what way will your “foremost concern” manifest itself?”

Police have arrested three people in relation to two separate incidents of stealing with violence in Alice Springs last week.

It will be alleged around 1:15am on Sunday March 18, a 22-year-old man and 19-year-old woman were walking on Bath Street when they confronted by two male youths who physically assaulted the man before running off with a sum of cash and a mobile phone.

A 12-year-old boy and 15-year-old male youth were charged with aggravated robbery and have been remanded in custody to appear before the Alice Springs Youth Justice Court on April 6.

Police arrested a 16-year-old female in relation to a separate incident in which a woman was physically assaulted on the morning of Sunday March 18.

It will be alleged a 23-year-old woman was walking on Undoolya Road around 2am when she was approached from behind by a group of females who attempted to grab her backpack off her.

A 16-year-old female will face one count of assault with attempt to steal and appear in the Alice Springs Youth Justice Court today.