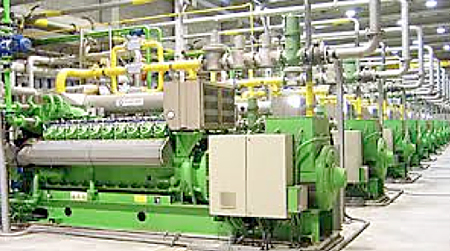 The new $75m Alice Springs power station is delayed “and we are expecting full commissioning to be complete in the coming months,” says a Territory Generation (TGen) spokesperson.

The handover was due for completion in December last year.

TGen says the 10 new machines (similar to the ones pictured) are being commissioned: “We are working with Power and Water Corporation to ensure that all the machines are brought online and safely inserted into the grid.

“All stakeholders are working hard on this outcome as it will ultimately benefit the residents of Alice Springs with more reliable, efficient, cleaner and safer power.”

Meanwhile the new machines in the Tennant Creek power station “are operational and have been under an active testing regime for some time,” says the spokesperson.

“A full handover of the system to the new machines is expected in the coming months.”

TGen would not comment on the claim by a source that the NT Government owned company is $43m in debt. It says reports that it is trying to raise extra money through community investment in a solar farm at Brewer are not correct: “No such proposal has been put to government,” says the spokesperson.