Kids in the justice system: The stark numbers

Territory Families compiles a daily census showing the number of young people held at the youth detention centres in Darwin and Alice Springs. 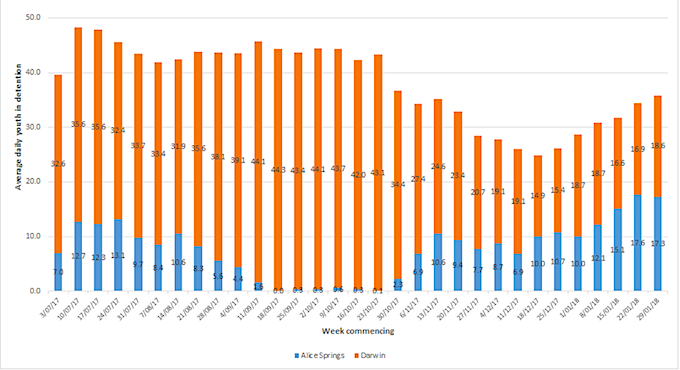 ABOVE: Average daily number of kids in detention – by location. Blue is Alice Springs, orange Darwin. The figures for Alice Springs in the most recent two weeks were the highest for the period, an average of 17.6 and 17.3 children, respectively. Alice Springs numbers are rising while Darwin’s are declining. 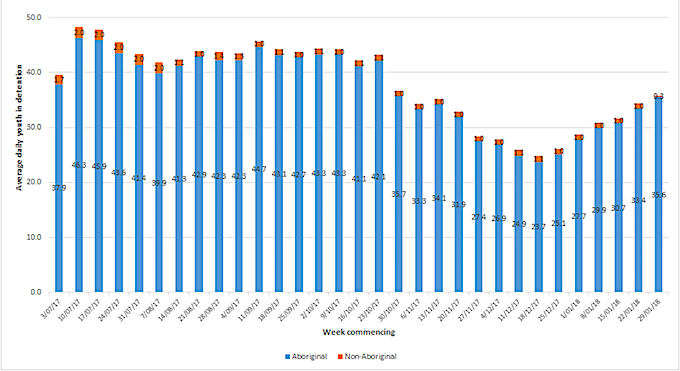 In other graphs boys vastly outnumber girls. For example, in the week commencing January 29, 2018 the averages were 34.1 boys compared to 1.7 girls.

A statistic that is not reported but that would be very pertinent is the proportion of children in the care of the Minister, Dale Wakefield.