Chief Judge of the Darwin Local Court has found no misconduct in Judge Greg Borchers’ dealings with a youth in the Alice Springs Youth Justice Court earlier this year, but his conduct fell short of appropriate judicial conduct and he will be removed from his duties at the youth court.

Dr John Lowndes issued a statement today after investigating complaints about Judge Borchers in the matter. He found that Judge Borchers did not accuse a youth of taking advantage of the recent death of his mother in explaining his offending

Dr Lowndes found the judge said no such thing, but was only making an observation that no one was exercising parental control over the young person to ensure that he was not roaming the streets at night and was attending school.

Other allegations, including that Judge Borchers had been denunciatory and humiliating to the child in the case were also investigated by Dr Lowndes.

The Chief Judge rejected this, but said that some of Judge Borchers’ remarks appeared harsh and were misguided. Dr Lowndes said these fell well short of judicial misconduct, although they did amount to inappropriate judicial conduct. 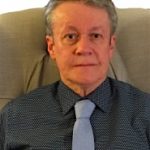 Dr Lowndes (right) also rejected claims Judge Borchers shamed the young person, or that an exchange between the Judge and defence counsel was mocking of either the youth or his family.

Several other complaints, including that Judge Borchers inappropriately interrogated the grandmother of the young person; ignored helpful information from the defence counsel; pre-emptively snapped any possible connection between the death of the young person’s mother and the offending, and was dismissive of the submissions of defence counsel, were also not found to have been the case.

“Although another judge may have handled the young person’s matter differently, the approach taken by Judge Borchers was within the admittedly broad range of what might be considered legitimate in the discharge of the judicial function generally, and in the youth justice context specifically,” Dr Lowndes said.

The Chief Judge also examined five other matters, which related to proceedings earlier this year in the Youth Justice Court and the Local Court.

“I have formed the view that in a number of matters the judge has not demonstrated the courtesy, tolerance, patience and sensitivity which, in accordance with the AIJA Guide to Judicial Conduct, should necessarily characterise the discharge of the judicial function,” Dr Lowndes said.

Some comments made by Judge Borchers were gratuitous and unnecessary and remarks that Dr Lowndes found displayed a lack of judicial temperament.

“The judge has been found to have engaged in inappropriate judicial conduct, which is unacceptable,” Dr Lowndes said.

“It detracts from the proper performance in the matter at hand, specifically, and it reflects poorly on the courts generally and brings the judiciary into disrepute,” he said.

Pursuant to s22 of the Local Court Act the Chief Judge has determined not to assign Judge Borchers duties in the Youth Justice Court in Alice Springs until it is deemed appropriate to re-assign such duties to him.

Dr Lowndes said that ideally Judge Borchers should not sit in the Youth Justice Courts elsewhere, including Tennant Creek, but that would not be practical as to do so would mean that the judge would be assigned no circuit work, putting an insuperable burden on the other Alice Springs judges.

The Chief Judge has discussed with the judge the option of professional counselling and will arrange counselling should the judge wish to avail himself of such assistance.

Rovers in form as CAFL returns

By OSCAR PERRI After three rounds played, the Rovers remain undefeated in the senior men’s CAFL this year, with the reigning premiers yet to post...
Read more
Issue 11

By OSCAR PERRI Assault and domestic violence are rising while car theft has dropped, according to new stats, and police say they need help from...
Read more