Home Issue 10 Masked cops with assault rifles, but where are the parents?
Issue 10UncategorizedVolume 24

Masked cops with assault rifles, but where are the parents? 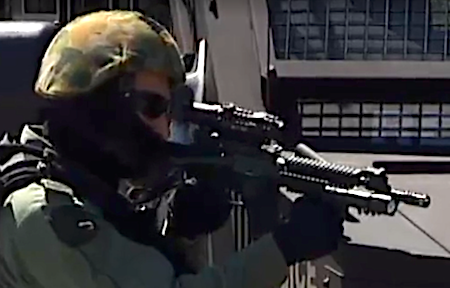 The parallel for today’s Alice Springs would be – except it’s not funny: “Don’t mention the parents.”

Dealing with juvenile law breaking has now moved from the incompetent to the absurd: This Christmas Police Commissioner Reece Kershaw is sending to Alice Springs camouflaged cops from the Tactical Response Group (TRG) with military-grade assault weapons travelling in armoured cars to deal with 12-year-old kids in the streets.

ABC TV (and other Darwin media) got a preview in Darwin with dramatic footage of a staged arrest, courtesy police (ABC photos). 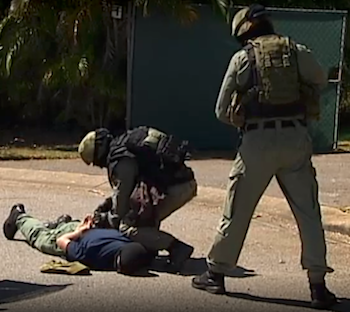 All this comes on top of a Royal Commission, estimated to have cost $100m, which made grave findings about the NT Government’s mishandling of juvenile detention. A group of some 100 kids are running riot in Alice Springs, stealing and vandalising. They are putting in doubt the future of the town’s greatest man-made attraction, the National Road Transport Hall of Fame. There’s more, much more.

And all along: “Don’t mention the parents.”

Will the following ever be said – or words to the effect?

“Where is your son Johnny?”

“We’ll be back. If you don’t know where Johnny is by then, we will find him and take him to a place where he is safe, cared for, under control so he can’t break the law, and given the normal life of a child in our community.

“He will stay in that place until you can convince us he will be getting the same care from you, every day, until he is 18. 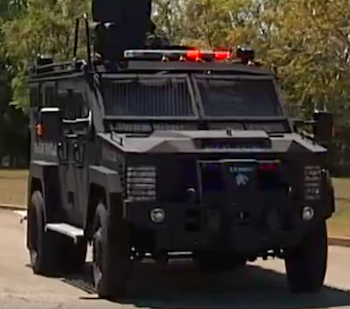 “And we will put you before the court charged with failing to provide the necessities of life for your child, which is a crime.”

Last time I checked there has not been a single prosecution for that crime in Alice Springs in the recent past – if ever.

By ERWIN CHLANDA New NT Government Minister Chansey Paech says the election has made it clear there is no majority opposition to building the national...
Read more
Issue 36

When five are not enough, and when they are

By ERWIN CHLANDA The Town Council deferred dealing with a motion by councillors Jamie de Brenni and Jacinta Price that would have “co-opted” fellow CLP...
Read more