Council buys property next to its depot 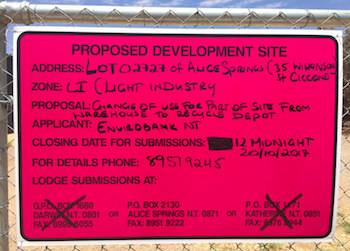 CEO Rex Mooney says the land was acquired to provide “future development options” in the event of growing demand on the current depot.

The land will be on a short term lease to the recycling company Envirobank which is currently going through the required town planning process.

Mr Mooney says the decision was made after a report to council which included a valuation. The council accepted the valuation given.

The decision had been discussed “in confidential” but was moved into “open” at Monday’s council meeting.